RSS
← Crime and Science Radio: Chasing Monsters; Running From Monsters: An Interview with Douglas Preston, Best-selling Author of The Monster Of Florence
Q and A: Can DNA Be Used To Identify Multiple Assailants In a Three Decade Old Rape? →

It has long been known that isolation can lead to all sorts of psychological problems, including delusions and hallucinations. Prisoners in isolation, who have limited interaction with others, can suffer just such effects.

In medicine, we see it frequently. Someone has surgery, and then for whatever reason (complex surgical problems, complications, co-morbidities, etc.) must linger in the ICU for a few days. This is a form of isolation as they are limited in their activity and in who they see and talk with on a regular basis. Sort of like prison isolation. Not to mention they might be receiving medications for pain, sleep, or agitation, each of which can alter mental function. After as little as a couple of days, the person can become confused and disoriented and suffer delusions, such as everyone is trying to kill them, or they are being held prisoner and undergoing some alien experimentation, as well as hallucinations where they see, feel, and hear things that don’t exist. Seen it hundreds of times. It’s that common. 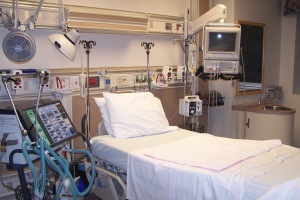 It even has a name: ICU Psychosis.

Astronauts are in a similar situation. They spend months in an enclosed, monotonous environment, interacting with the same people, day after day. It’s like prison, or an ICU. Do they also develop delusions and hallucinations? It seems that the do. In fact, I would be surprised if they didn’t. 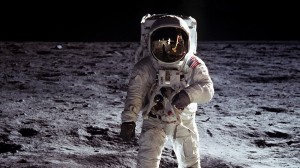 So, during a trip to Mars, where isolation is very real, could such psychiatric problems jeopardize the mission? You bet. NASA takes this seriously and has begun studies into such long-term deprivations.

NASA Has Guidelines for Dealing With Psychosis in Space: http://www.utsandiego.com/uniontrib/20070224/news_lz1n24read.html

← Crime and Science Radio: Chasing Monsters; Running From Monsters: An Interview with Douglas Preston, Best-selling Author of The Monster Of Florence
Q and A: Can DNA Be Used To Identify Multiple Assailants In a Three Decade Old Rape? →

6 responses to “Do Astronauts Hallucinate?”