I Smell Your Fear

The most primitive of our senses is olfactory–the sense of smell. It is also the most emotionally powerful. Once we have smelled something it is filed in our brains forever, and if we ever encounter the odor again, it is almost instantly recalled. Often with memories of that first encounter. A certain food, perfume, chemical, you name it, can pull us back in time more deeply than can any sight or sound.

But can you smell another’s emotion? Can you detect fear, or anger, or disgust with your nose? Animals can. If one dog or gazelle or wildebeest in a group senses fear, the other members of the group immediately sense the same danger. Herd mentality. Some of this might be transmitted through body language or certain movements, even facial expressions, but pheromones released by the concerned group member play a big role. So why shouldn’t we humans have the same ability?

If the results of a recent study done by Gün Semin and colleagues from Utrecht University and published in Psychological Science can be believed, humans possess the ability to communicate emotions through chemical signals. This is an interesting study that used sweat to analyze these chemical transmitters.

LOVE IS MURDER Available in Paperback 2-26-13

The most recent ITW short story anthology LOVE IS MURDER, edited by Sandra Brown, will be available in paperback Tuesday, February 26th. Pick up a copy at your favorite Indie bookstore on Tuesday or it’s available for pre-order from Amazon now.

It includes my story “Even Steven,” which served as the inspiration for and the beginning of my most recent Dub Walker thriller, RUN TO GROUND, Finalist for the 2012 USA Best Book Award, Thriller/Adventure Category. 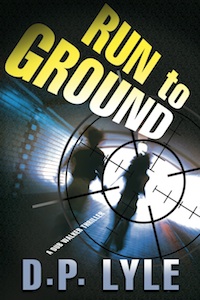 Fake Pot Can Take Out Your Kidneys

News Flash: Illicit drug manufacturers are not chemists. They do not have BS, MA, or PhD degrees. They do not work for Johnson & Johnson or Pfizer or even your local pharmacy. What they do is mix up unknown substances in a used cat box in a dingy garage and sell it to kids.

Case is point: Spice or K2. These are synthetic cannabinoid compounds—basically fake pot. Sure they get you high. Sure they turn a frat party into a psychedelic funhouse, but they can also land you in a dialysis unit. Not that sounds like fun, doesn’t it?

As Jimi would say: “Purple Haze all in my brain.”

Of course, sadly, Jimi is dead.

Q and A: What Potentially Fatal Disease Could My Young Female Character Suffer From in 1955?

Q: I have been browsing through FORENSICS AND FICTION but do not see the perfect solution for my story. In my WIP, set in 1955 St. Louis, a 10 year old girl has a medical problem which is difficult to diagnose. She has been living on the streets but is rescued by an older woman who takes her for medical help. Once the doctor determines the problem, he recommends treatment. Trouble is, the only place for treatment is California, so they must take a road trip. (I want it to be CA because I want them to travel on Route 66)

At first, I considered exposure to sewer gas as a good diagnosis. But once she got out of the sewers she would get well. That won’t do. I’m thinking it must be an autoimmune disease or a parasitic or unusual infectious disease. Can you think of a fatal disease in those categories which would have had cutting edge treatment being done experimentally in CA in the 50s?

A: As you pointed out, sewer gas wouldn’t work since once your young lady was free of the environment its effects quickly reverse. I would suggest leukemia. In 1955, acute leukemia in a child that age was common, there was no treatment, and most sufferers died. The mortality remained around 90% for many types of leukemia until well into the 1970s. It could be months or many years between first becoming ill and dying, but death was almost inevitable in 1950s. The timeline would depend on how aggressive the particular leukemia was and how well your child handled it. But medicine could do very little.

In leukemia, white blood cells (WBCs) are overproduced by the bone marrow. These cells are abnormal in that they don’t fight diseases as do normal WBCs. This would leave the child susceptible to infections such as pneumonia, urinary tract infections, even the flu. Each bout of any of these could be weathered with antibiotics—penicillin and sulfa drugs were around in 1955—or she could die from any of these diseases.

Leukemia Cells are seen here as large and purple; the smaller pale red ones are RBCs

As the WBCs increase in the bone marrow they literally “squeeze out” the marrow cells that make red blood cells (RBCs) and platelets. Low RBCs we call anemia and here she would be fatigued, short of breath with activity, and her physical abilities would be limited by these factors. She might appear pale and take on the look of someone who is chronically fatigued, which she would be. Platelets are involved in blood clotting so with low platelets she would bleed easily, with even the most minor trauma. She could easily have episodic nose bleeds and would bruise very easily.

Most leukemia victims suffered all three of these derangements–high but abnormal WBCs, low RBCs, and low platelets–so your girl could have any of the above symptoms, in any combination, and in any degree of severity.

Since there were no effective treatments in 1955, patients and parents sought all kinds of treatments. Herbs, electrical current, tonics of all types (most of which were alcohol based), faith healers, and almost anything you can think of. Your young girl could easily be referred to someone “out in California” by her local St. Louis doctor.

This should give you a lot to work with for your story.

Google Leukemia and you will find many sources but remember that things are much different now than in 1955. Here are a couple of links to get started:

You have to admit, Cheetos are simply the best junk food ever invented. Hands down, no contest. I don’t mean those fake puffy ones. The crunchy ones. Real Cheetos.

It seems Austin pilfered beer, cigarettes, energy drinks, and Cheetos from the Cassatt Country Store in Cassatt, SC. But he screwed the pooch when he broke open the Cheetos bag and left a trail right to his front door. Police followed the bright orange tid bits to Presler’s home and found the stolen items inside.

A waste of good Cheetos but at least the crime was solved.

Chalk one up for Chester. 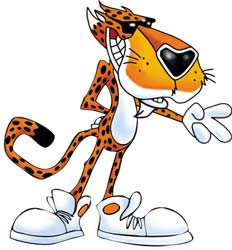 Q and A: What Drug Might Make My Character Impotent?

Q: My story is about a woman who, for various reasons, does not want to have sex with her husband. She decides to obtain an antiandrogen drug and administer to hubby sub rosa to prevent him from having erections. What drug might be best for this? How would it be administered? Could it be obtained from foreign pharmacy in Canada or Mexico?

A: There are many drugs that can potentially cause impotence or erectile dysfunction. Most are unpredictable and they work in different manners but since she would have access to his food and drink and even his medications on a daily basis she could easily perform a trial and error study to see which ones work best for her needs.

One would be simply giving him her birth control pills. These would be easy to crush and add the food and over time could cause an elevation of estrogen and a lowering of testosterone levels and this could interfere with his sexual function. This would take weeks or months to work and he could have certain side effects such as slight breast enlargement and tenderness but for the most part the drug would go unnoticed he would simply have a more difficult time getting and maintaining an erection.

Many classes of blood pressure medications can do the same thing. Diuretics, ace inhibitors, and calcium channel blockers can do this but by far the most likely are the beta blockers: atenolol, metoprolol, and propranolol are the most common. These drugs tend to lower the blood pressure and slow the heart rate and this is how they lower blood pressure but they are also notorious for causing sexual dysfunction in men. Besides the sexual problems the other side effects that he could experience would be fatigue, sleepiness, forgetfulness, and possibly some shortness of breath. In most people these latter symptoms are mild and he might simply write them off to being overworked or under stress as these symptoms are also associated with that.

The medications used for prostate cancer such as Flutamide and Leuprolide, can also cause impotence.

HERE is a useful chart of the drugs that can cause sexual dysfunction.

Each of these medications is easy to obtain as they are very common and widely used. She could forge a prescription, steel some from a neighbor, or get them prescribed for herself. Many can be ordered from Canada if a valid or forged prescription is available. If she or someone she knew worked in a pharmacy or a medical facility they could easily be stolen as they are not controlled drugs and therefore not locked up and often accounting is lax.

Of all of these possibilities I would go with the beta blockers. The dosage can be adjusted up or down to cause a more or less affect on his sexual performance and also to lessen any side effects he might have. Each comes as a pill that can easily be crushed and added to food.

The Agatha Award nominees were announced yesterday and I’m thrilled that MORE FORENSICS AND FICTION was nominated in the Best Non-fiction category. I’ll be off to Malice Domestic in May.

I want to congratulate all the nominees. Here is the list:

The Diva Digs Up the Dirt by Krista Davis

A Fatal Winter by G.M. Malliet

The Buzzard Table by Margaret Maron

The Beautiful Mystery by Louise Penny

The Other Woman by Hank Phillippi Ryan

A Scrapbook of Secrets by Mollie Cox Bryan

A Killer Read by Erika Chase

Double Cross: The True Story of the D-Day Spies by Ben Macintyre

The Grand Tour: Around the World with the Queen of Mystery Agatha Christie by Mathew Prichard, Editor

“The Lord is My Shamus” by Barb Goffman (Chesapeake Crimes: This Job is Murder)

“When Duty Calls”, by Art Taylor (Chesapeake Crimes: This Job is Murder)

Seconds Away by Harlan Coben

The Edge of Nowhere by Elizabeth George

The Twelve Clues of Christmas by Rhys Bowen

Dandy Gilver and an Unsuitable Day for Murder by Catriona McPherson

An Unmarked Grave by Charles Todd

Elegy for Eddie by Jacqueline Winspear 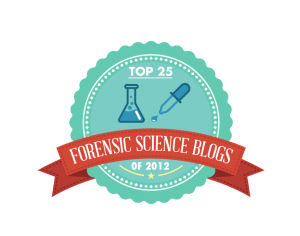 I just learned that The Writers Forensics Blog has been selected as one of the Top 25 Forensic Science Blogs of 2012 by TopCriminalJusticeDegrees.org.

I have been following most of the other blogs on the list for years and am honored to be in such excellent company.

Check out the list. There are some fun and useful sites here.

There was a time when the killing of endangered animals was fairly easy to cover. Elephants were slaughtered in great numbers for their tusks, bears for their gallbladders, and, of course, tigers and other large cats for their fur. These “byproducts of death” entered the market, the poachers returned to the hunt, never having to look over their shoulders, and life–or is it death?–went on.

Enter the US Fish and Wildlife Forensic Laboratory in Ashland, Oregon. This one-of-a-kind facility utilizes state-of-the-art forensic science techniques to determine the origin of any animal product. In many cases, this will lead investigators to the animal’s place of origin and then to the poachers themselves. Couldn’t happen to a nicer group. 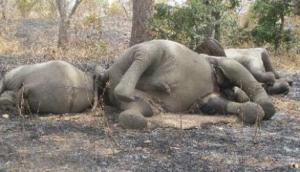