Stupid Criminals: Man Attempts to Gnaw Off His Fingerprints 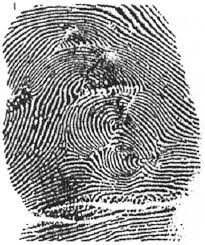 If you have a record or an outstanding warrant or two, you might not want the police to ID you when you’re arrested for driving a stolen vehicle. I truly hate days like that. But, what to do? Maybe just gnaw off your fingerprints and they won’t be able to determine your ID. Probably painful, and probably won’t work. It looks like Kenzo Roberts gave it a whirl (no pun intended) anyway.

And he’s not alone. Many folks have tried to alter their fingerprints with cuts, burns, scrapes, and other painful procedures. Even Public Enemy #1 John Dillinger tried. Besides having plastic surgery to alter his face, he also attempted to burn away his fingerprints with acid. That didn’t work either. 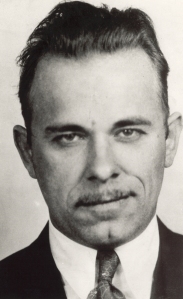 John Dillinger was one of America’s most notorious criminals, once named Public Enemy No. 1. In an effort to evade the cops, he underwent facial plastic surgery and tried to remove his fingerprints with acid. After his betrayal by the famous “Lady in Red,” Dillinger was shot dead outside Chicago’s Biograph Theater. Prints taken at the morgue proved that the dead man was indeed Dillinger. The acid had damaged only a portion of his finger pads, leaving enough ridge detail for matching with his prints on file with the police. 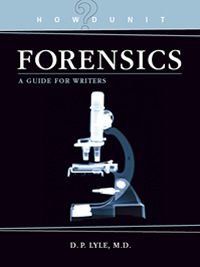 Pillow talk can undo your perfect murder. Seems that folks like to confess, or at least tell secrets, after sex. Researchers blame it on Oxytocin—the “love hormone.” Funny, I don’t remember it being called that in med school. Regardless, it just might lower inhibitions and make folks gabby. 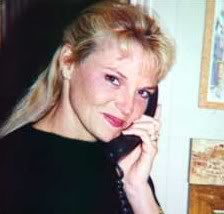 An example can be found in the famous 1997 Pegye Bechler murder here in Orange County, CA. Husband Eric apparently decided to kill his wife and make it look like a boating fatality. His story: he was on a bodyboard, Pegye towing him behind their boat, when a rogue wave knocked him off the board. When he surfaced, the boat was going in circles with no Pegye in sight. The wave had knocked her off the boat and she had drowned. Two problems: Pegye was an excellent swimmer and the water was dead calm that day. 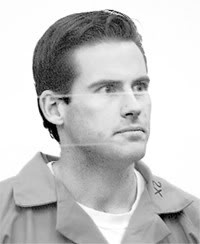 Still, even though the police doubted Eric’s story, they had no witnesses, no body, and no real evidence. Eric walked. For a while anyway. He then got a new girlfriend, model and Baywatch actress, Tina New. Seems that one evening after a round of sex and a dose of Ecstasy, Eric confessed to Tina, saying he had killed Pegye with a dumbbell and dumped her body in Newport Bay. At first she dismissed his story but later decided to go to the police. A sting was arranged and she managed to record his confession. Eric was ultimately convicted and given a life sentence.

Joseph Ramos appears to be a three-time loser. Reckless driving, in a stolen car, and, oh yeah, having a stomach full of stolen merchandise. As part of his booking process at the Pinellas, FL jail, he had to pass through a newly-installed, contraband-detection device—-a RAD PRO SecurPass Whole Body X-ray. Deputies noticed “a dark mass near the suspect’s stomach area.” Busted. 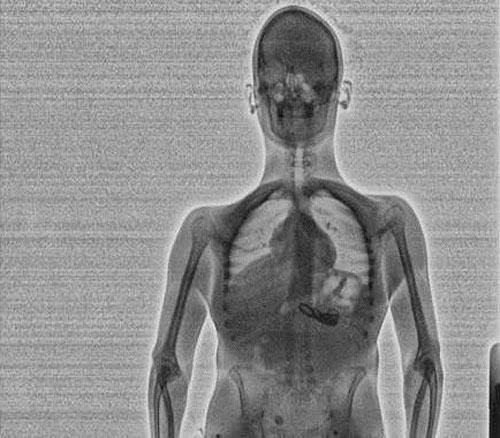 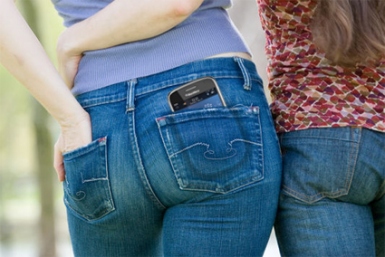 Scott Simon needs to control his cell phone. It simply won’t behave. I mean all he did was slip it in his pocket. That’s it. Well, and apparently discuss a premeditated murder in progress with his buddy. The problem? His phone did the old 911 butt dial thing. Oops.

We are often told that our characters must be multi-dimensional. And that’s true. A character that is all good or all bad is flat and unrealistic. Good guys should have darker edges and bad guys should have a glimmer of silver lining. Even Hannibal Lecter had his good points. 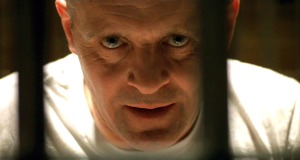 Evan Dorsey seems to fit this mold. A petty thief with an apparent heart of gold. Sure he was going to do a few B&E’s and grab a little coke to smooth out his day, but he also wanted to do a good deed. Since he stole diabetic medical supplies maybe he was going to help an elderly diabetic manage her blood sugars. But somehow I doubt it.

Taking a Bite Out of Crime 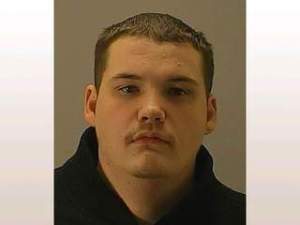 David Stoddard and his buddies apparently thought that home invasion robberies were a slick and low risk way of making a living. After all, who would say no to three armed men?

Turns out the family’s pit bull did. 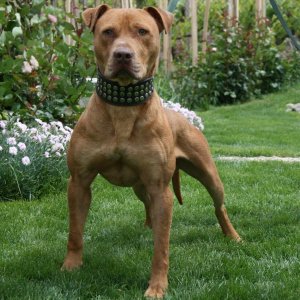 As the thieves fled, the dog attacked and bit Stoddard on his leg and arm. Tragically, the dog was shot and killed. But the investigators realized that the dog had bitten one of the intruders and swabbed the deceased dog’s mouth for DNA.

The profile matched stellar citizen Stoddard who had been arrested for another crime–the shooting of two women, one a pregnant teenager who died. Didn’t I say he was a stellar citizen?

Of course Stoddard has pled not guilty and his defense, as voiced by his attorney John Sinn, seems to be: “My client indicates that he doesn’t have a recollection of those events.”

Really? I guess we would all forget shooting a 16-year-old mother to be and getting bitten by a pit bull. I mean, really, it could happen, don’t you think?

DNA: Chewed Up and Spit Out

Some stories just make you smile. 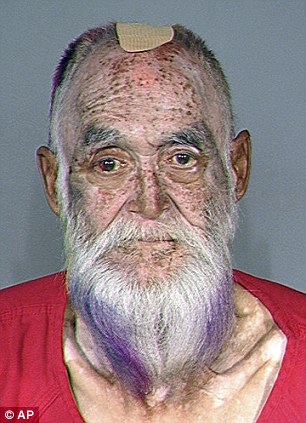 It seems that Gary Raub murdered a 70-year-old woman in 1976 and by now I’m sure thought he had gotten away with it. But the police never took him off the suspect list. To nab him they needed his DNA to compare against blood left at the crime scene by the perpetrator. The police came up with a very clever ploy. 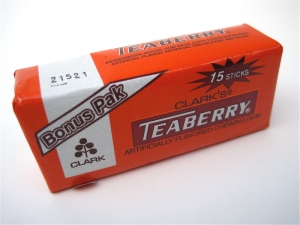 It seems that old Gary was tricked into taking part in the survey and from the gum his DNA was obtained and the match made.

Lady Justice might be slow but she is relentless.

Criminals are for the most part not all that bright but sometimes their creativity is amazing. Drug traffickers notoriously go to great lengths to slip their product past inspectors and detection devices at airports and border crossings. Last year I posted about diamond and drug smugglers swallowing their booty in an often misguided attempt to avoid detection. Condoms filled with cocaine are one trick that can result in death if one of the condoms breaks. 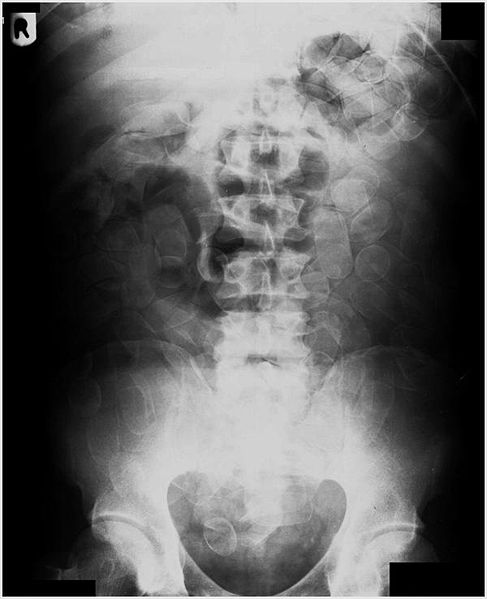 Now two other clever methods have popped up:

A Panamanian woman was recently arrested in Barcelona, Spain as she attempted to smuggle 3 pounds of cocaine secreted inside her breast implants. I wonder if she got the idea from watching re-runs of NIP/TUCK, where this was one of the story lines in the quirky series. 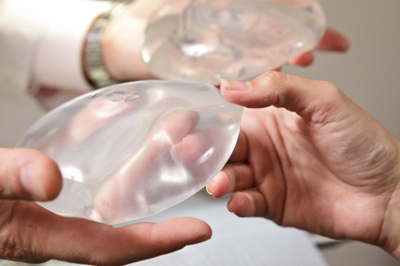 The other is a very unique pneumatic-powered canon that fires barrels packed with marijuana over the border near Yuma, AZ. It didn’t work, at least this time, but you have to give them an A for creativity. 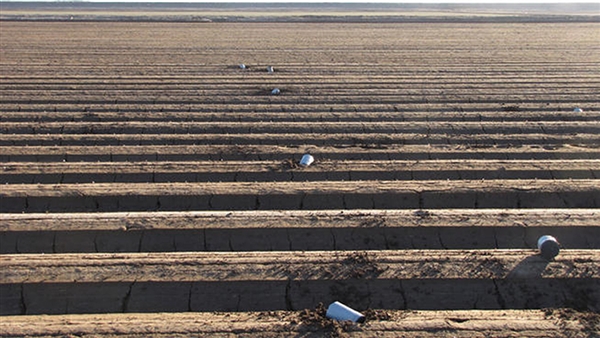 It seems that Michelle Elaine Astumian enjoyed writing fake prescriptions to obtain various drugs. Her scam was discovered, she pleaded no contest to kiting the fake scripts, and found herself facing up to five years in prison. When she arrived at the San Luis Obispo County, California courtroom for sentencing, Michelle handed the judge a doctor’s note designed to delay the hearing. You guessed it. The doctor’s note was apparently also forged. She is nothing if not consistent.

When the judge immediately revoked her bail and remanded her to custody, she collapsed to the floor. Medics were called and she was taken to a nearby hospital. Every ER doctor will tell you that such antics by arrestees are not uncommon. Hospitals are better places to hang out than are jails. In what could only be described as an understatement, Deputy District Attorney Dave Pomeroy said that he approached “her reaction with understandable skepticism.”

We’ve all heard of cases where a suspect or a corpse was identified by his distinctive tattoo. And other criminals have been done in by maps and “To Do” lists recovered by the police. You know, the dude had a hand-drawn map to the victim’s home, maybe even a sketch of the interior, and a list that reminded him of everything he had to do to do the deed. Things like: gloves, mask, duct tape, gun, and, oh yeah, top off the gas tank in case a chase ensues.

One Anthony Garcia can top all of that. He supposedly belongs to the Rivera-13 gang in Pico Rivera, CA. He allegedly shot and killed 23-year-old John Juarez in a liquor store 4 years ago. He got away with it. Almost.

LA County Sheriff’s Department homicide investigator Kevin Lloyd was flipping through a collect of gang member tattoos when he stumbled on Garcia’s image. Imagine his shock when he saw that Garcia had a detailed tattoo of the crime scene splashed across his chest under the banner “Rivera Kills.”

It’ll be interesting to see how they use this is court but one thing I know for sure—if you put this in a book, no one would believe it. 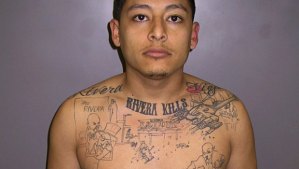