Dialog Is Tricky by DP Lyle

Dialogue can indeed be tricky. But, it can also do so much for your story. It can bring the reader more deeply into your fictional world, reveal character, move the story forward, expose thematic elements, and create a realism that allows the reader that “willing suspension of disbelief” so essential to effective story telling. That’s a lot of work. And it means getting dialogue right is essential.

One major problem is that it’s far too easy for authors to use their own voice and not that of the character when writing dialog. This is particularly true in first person narrations because the writer often identifies deeply with first person characters. This is fine IF the character is you, or very similar to you. If not, that’s a different story.

This leads to creating characters that “all sound the same.” In reality, good dialog should need no tags as the words and rhythm of the speech should allow the reader to immediately know who is talking. That’s the ideal, the goal. But that’s not as easy to do as it might seem.

So how do you do make each important character distinct? It requires living inside that character. Really getting to know them. Understanding how they think, act, and speak. Like making good chili, this takes time. It can’t be rushed.

Think about when you meet a new friend. You know that person on a fairly superficial level, at first, but maybe you later go to lunch together, and then spend more time doing various activities, vacation together, and gradually you become deeper friends. The person you thought you knew back during that first encounter is now someone else altogether. You know how they think, act, and speak. Can even anticipate what they’re going to say and how they’re going to say it. You now know them.

Same is true with fiction.

I, and many others, consider Elmore Leonard the master of dialog. If you haven’t read him and you want to write true dialog, you are short changing yoiurself. Each is a textbook on dialog. Many years ago at the now defunct Maui Writers Conference, I met Elmore and had the great pleasure of sitting and chatting with him for an hour or so on two different occasions. Hours I relish to this day. We talked about writing and story telling. I told him that I loved his characters and asked if he did character sketches or anything like that. He said no but that he would spend weeks, sometimes months, coming up with a name and once he had a name he knew the character. That struck me as pure genius. It was so simple, and so true. What he meant was that he lived with these characters in his head—-getting to know them—-and once he did, he had a name—and he knew them intimately. He knew who they were, how they would act and think, and how they speak. 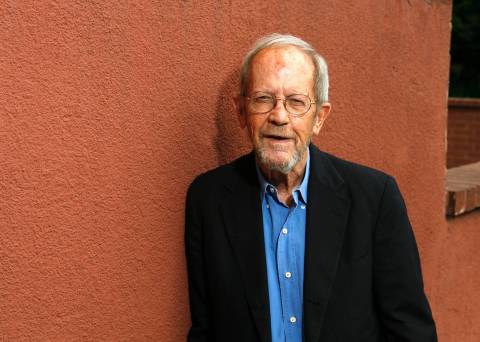 This taught me two valuable lesions.

First was the importance of names. A name should reflect the character. Who he or she is. I mean, it you look at some of Leonard’s characters, Chili Palmer is not a neurosurgeon, he’s a loan shark. Linda Moon doesn’t sit on the Supreme Court, she’s a lounge singer.

The second lesion was the need for time to truly know any fictional character. A process that doesn’t happen overnight, in either real life or in the world of fiction.

I have always recommended writing first drafts fast and not sweating the small stuff. Don’t edit heavily until you finish. The reason is that your characters will evolve. The character you knew in Chapter 1 is very different from the one you know by Chapter 50. When you go back and edit, you have a better grasp of how that character acts, thinks, and talks. You will say to yourself, “No, she wouldn’t say that.” Happens all the time. More proof of the writing adage: Writing is rewriting. And this rewriting is often where the characters will distinguish themselves.

So relax, take some time, get to know your little imaginary friends and soon you will instinctively know how they speak.

Crime and Science Radio: Should We Abandon Use of Lie Detector Tests As Junk Science? An Interview With Morton Tavel, M.D. 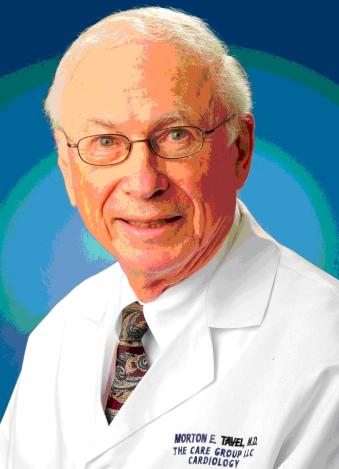 BIO: Now retired, Dr. Tavel MD, FACC, is a physician specialist in internal medicine and cardiovascular diseases. In addition to managing patients for many years, he held a teaching position (Clinical Professor) at Indiana University School of Medicine. He was consulting cardiologist for the Care Group, Inc., a division of St. Vincent Hospital in Indianapolis and was the director of the cardiac rehabilitation program. His civic activities include, among others, having been past president of the local and Indiana state divisions of the American Heart Association.

He has presented numerous speeches and lectures before national audiences. His medical research includes over 125 publications, editorials, and book reviews that have appeared in peer-reviewed national medical journals. Dr. Tavel authored a book on cardiology (Clinical Phonocardiography) that persisted through four editions over a period of approximately 20 years, and has been a contributor to several other multi-authored textbooks. He has served on the editorial boards of several national medical journals.

Snake Oil is Alive and Well: The Clash between Myths and Reality. Reflections of Physician. Brighton Publishing, LLC, Mesa, Ariz., 2012

Hell in the Heavens: The Saga of a WW2 Bomber Pilot, by Tavel, ME and Tavel, DE. Brighton Publishing, LLC, Mesa, Ariz. 2013. 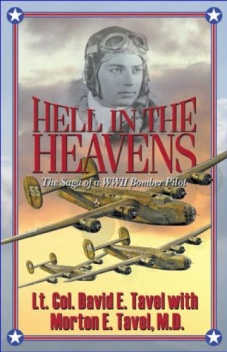 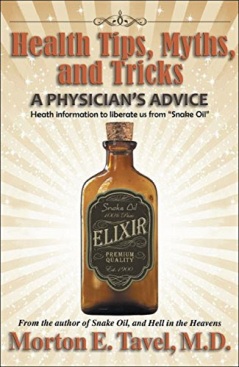 National Academy of Sciences. 2003. The Polygraph and Lie Detection, Committee to Review the Scientific Evidence on the Polygraph. The National

Barber, Nigel, “Do Lie Detectors Work? Should You Ever Take a Polygraph?,” Psychology Today, March 7, 2013. https://www.psychologytoday.com/blog/the-human-beast/201303/do-lie-detectors-work

Santos, Fernanda, “Vindicated by DNA, but a Lost Man on the Outside,” New York Times, November 25, 2007. [Story of Jeffrey Deskovic, who at the age of sixteen was arrested and told he “failed” a polygraph during a seven-hour interrogation process, and was wrongfully convicted.] http://www.nytimes.com/2007/11/25/us/25jeffrey.html?_r=0

Sonny Liston: Cause and Manner of Death 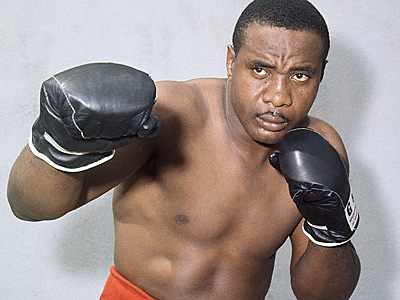 Former Heavyweight Champion Sonny Liston is best remembered from his two losses—first to Cassius Clay, then Muhammad Ali. Ali changed his name between the two fights. But Sonny was a tough guy. He ruled the heavyweight division with an iron hand. Until Ali burst of the scene anyway.

But Sonny was no match for the needle. The cause of his death is easy—-a heroin OD. But, the manner of death isn’t so apparent. A situation not uncommon in drug OD deaths.

The cause of death is what actually killed the person while then manner of death is the by whom and why. It basically comes down to—-by whose hand and for what purpose did the death occur?

The four (plus one) manners of death are: Natural, Accidental, Suicidal, Homicidal, and Undertermined—-the latter a fancy way of saying “I don’t have a clue.”

A heroin OD is not natural but can it be accidental, or suicidal, or homicidal? You bet. And it’s not always possible to determine the manner in heroin-related deaths.

FROM FORENSICS FOR DUMMIES:

Uncovering the four manners of death

The manner of death is the root cause of the sequence of events that leads to death. In other words, it answers these questions:

# How and why did these events take place?

# Who or what initiated the events and with what intention?

# Was the death caused by the victim, another person, an unfortunate occurrence, or Mother Nature?

The four manners of death are

Natural: Natural deaths are the workings of Mother Nature in that death results from a natural disease process. Heart attacks, cancers, pneumonias, and strokes are common natural causes of death. Natural death is by far the largest category of death that the ME sees, making up over half of the cases investigated.

Accidental: Accidental deaths result from an unplanned and unforeseeable sequence of events. Falls, automobile accidents, and in‐home electrocutions are examples of accidental deaths.

Suicidal: Suicides are deaths caused by the dead person’s own hand. Intentional, self‐inflicted gunshot wounds, drug overdoses, and self‐ hangings are suicidal deaths.

Homicidal: Homicides are deaths that occur by the hand of someone other than the dead person.

Undetermined or unclassified: These are deaths in which the ME can’t accurately determine the appropriate category.

Just as causes of death can lead to many different mechanisms of death, any cause of death can have several different manners of death. A gunshot wound to the head can’t be a natural death, but it can be deemed homicidal, suicidal, or accidental.

Though the ME can usually determine the manner of death, it’s not always easy, or even possible. For example, the manner of death of a drug abuser who overdoses is most likely to be either accidental or suicidal (it also could be homicidal, but it’s never natural). When the cause of death is a drug overdose, autopsy and laboratory findings are the same regardless of the victim’s or another’s intent. That is, the ME’s findings are the same whether the victim miscalculated the dose (accidental), intentionally took too much (suicidal), or was given a lethal dose (homicidal). For example, perhaps the victim’s dealer, thinking the user had snitched to the police, gave the victim a purer form of heroin than he was accustomed to receiving, so that his “usual” injection contained four or five times more drug than the unfortunate soul expected. Simply put, no certain way exists for determining whether the person overdosed accidentally, purposefully, or as the result of another’s actions. For these reasons, such deaths are often listed as Undetermined.

So was Sonny’s death an accident? A suicide? Or did the hand of another intervene and murder Sonny? We may never know.