Though there are DNA techniques such as Familial and Phenotypical analyses that can narrow the search for a suspect, in the end, DNA is most useful if it can be profiled and matched against another sample. Databases play a large role in such comparisons when an unknown crime scene sample is obtained. Even if no suspect is on the radar, a “hit” on a database comparison can lead investigators down the right path. But these take time. And if a killer is “out there,” time is often critical. What if investigators could obtain a sample at the scene and compare it against 20 million databases sample in only a few seconds? That would be amazing. But guess what? With the FastID algorithm, it seems to be possible.

Could be a game changer for law enforcement.

Is It Harder To Write Crime Fiction Today? Notes:

Do modern forensic science and police investigative techniques make creating compelling crime fiction more difficult? Are there simply too many balls to keep in the air? Too much to consider? Or is now little different from then?

The Past, the present, and the future

From arsenic to GC/MS

ABO can exclude but not ID

Bertillon and the West Brothers: http://www.nleomf.org/museum/news/newsletters/online-insider/november-2011/bertillon-system-criminal-identification.html

Check out the new posts John Raab of Suspense Magazine and I put together. Read the Q&As and listen to the expanded discussions. Hope each proves helpful for your crime fiction.

Can DNA Be Used To Identify Multiple Assailants In a Three Decade Old Rape?

In 1863, Could An Autopsy Accurately Determine the Cause of Death?

Can My Female Character Cause Her Pregnancy To Become “Stone Baby” By Shear Will? 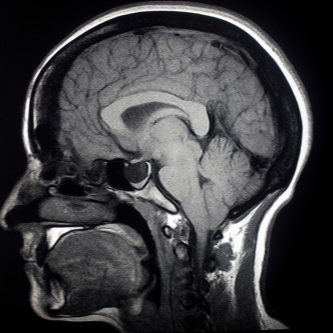 Psychopath, sociopath, borderline personality disorder, choose your phrase as these are often used interchangeably but in the end they are terms used to describe certain criminal offenders. In many cases, the worst of the worst. These individuals are often impulsive, lack self-control, and have little, if any, empathy with others, particularly their victims. The annals of serial predators are filled with such persons.

Forensic science has for many years searched for a true lie detector and a reliable method of determining someone’s criminal tendencies. Most have not panned out. One recent investigative arena is the use of functional MRIs to determine segmental brain activity in both “normal” and “psychopathic” individuals. The hope is to discover reliable and repeatable differences that might prove useful in criminal investigations. 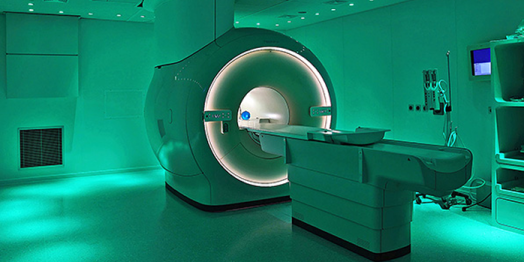 One current study at Radboud University in the Netherlands has revealed some interesting results. It appears that persons with sociopathic tendencies possess an overly active “reward” area of their brains while at the same time showing some loss of communication between this area and one that is used for “self-control.” Obviously this leads to a dangerous combination of psychiatric defects. If someone is reward driven, impulsive, and narcissistic, while at the same time lacking any sort of consistent control of these impulses, it is easy to see that criminal behavior could follow.

Though this study and none of the others that have looked into this area of psychopathology have delivered the “smoking gun” of psychopathic behavior, they are intriguing investigations. 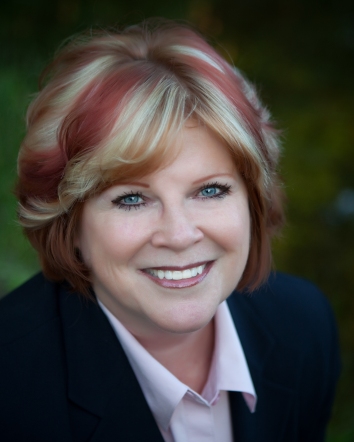 BIO: MARY ELLEN O’TOOLE, Ph.D. has spent her career studying the criminal mind. One of the most senior profilers for the FBI until her retirement in 2009, Dr. O’Toole has helped capture, interview and understand some of the world’s most infamous people including:

•The Collar Bomb Case, a bank robbery and murder of a pizza delivery man

•The bombing during the 2002 Olympics in Salt Lake City, UT

•The mass murder in Florence, Montana in 2001
Dr. O’Toole also worked the Elizabeth Smart and Natalee Holloway disappearances, the Columbine shootings and many other high profile cases. Her law enforcement career spanned 32 years, beginning in the San Francisco’s District Attorney’s Office when she was a Criminal Investigator. Dr. O’Toole worked as an FBI agent for 28 years, spending more than half of her Bureau career in the organization’s prestigious Behavioral Analysis Unit (BAU)—the very unit that is the focus of the hit crime series “Criminal Minds.”

During her time in the unit, Dr. O’Toole developed an expertise in Criminal Investigative Analysis (CIA) as well as offender behavior. She has provided assistance to law enforcement and prosecutors on a wide range of violent and criminal behavior including serial and single homicides, sexual assaults, kidnappings, product tampering, school shootings, arsons and bombings and extortions. Dr. O’Toole is also a trained FBI hostage negotiator and has a unique expertise in the areas of targeted school violence, workplace violence and threat assessment.

Dr. O’Toole is recognized as the FBI’s leading expert in the area of “psychopathy.”  Her work in psychopathy has put her on the forefront of mental health and law enforcement efforts to apply the concepts of this personality disorder to both violent and white collar offenders and their behavior and crime scenes. She lectures internationally on the application of the theory of psychopathy to real life situations. She continues to lecture at the FBI Academy on psychopathy and interviewing. She has served as adjunct faculty to the FBI’s Prestigious Leadership Development Institute (LDI) at the FBI Academy and also frequently lectures at the Smithsonian Institution about everything from Sherlock Holmes to personal safety. She is a Fellow with the American Academy of Forensic Sciences.

Learning How To Read People: http://www.theironjen.com/learning-how-to-read-people-dr-mary-ellen-otoole/

Why Are American Cops So Bad At Catching Killers?: https://www.themarshallproject.org/2015/04/02/why-are-american-cops-so-bad-at-catching-killers#.PFh6oYRhF

My boss, the supervisor of our forensic unit, insists that soon we will be able to process an entire crime scene with nothing but a smartphone. Everything from photographs to sketching to measuring to note-taking, all on a 2 ½ x 5” flat item which one needs reading glasses to see unless one is under fifty which I, alas, will never be again. 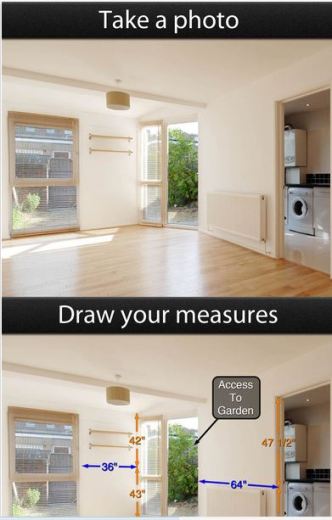 Most phones now come with 10 or 12 megapixel cameras, which are more than sufficient for forensic purposes. You can get attachments for tripods and flashes. My boss can open and close the shutter from his Apple Watch (important for taking ninety-degree close-ups of fingerprints or tire tracks where the slightest vibration could blur the details).

Simply browsing through the tablet he got us for crime scene work and nagged us for a few months to use before he finally gave up, I find:

The flashlight app. Of course. (I was at a crime scene yesterday where the two young men were trying to plug my USB into the video system, cleverly hidden in the ceiling panels. It’s dark up there, of course, and they were stymied as they had never downloaded a flashlight to their relatively new phones. I pulled my mini-Mag out of my pocket and suggested they use an actual flashlight. Sometimes us old chicks rule.)

Pill Identifier, with which you can enter the color and shape of a medication and it will help you narrow down to the name of the drug, then link to information on purpose, dosage, side effects and drug interactions.

Photo Measures, which allows you to take a photo of a room and then annotate it with measurements. This way my boss, the detectives, the prosecutors and the jury no longer have to suffer through trying to decipher my hastily scribbled sketches of uneven walls and amorphous blobs representing the pit couch. I can take a photo of the room and write the dimensions right over the picture, then add the feet and inches from the south wall to the bloody knife on the floor. The only catch is you still have to take the measurements yourself.

And for that, we have RoomScanPro. Simply start it up, give each room a name like ‘dining’, hold the phone against each wall, in order but at any particular spot on the wall until you’ve gone around the whole room. The app will create a floor plan including measurements. Do a complete walk-through and it will give you the whole house. Be warned, however, that these apps may only be accurate to half a foot, so that you could wind up with an attorney grilling you how the murder weapon could have been five and a half inches from the victim’s body instead of six.

For traffic incidents, Vehicle Identification System can give you pictures of nearly every make and model available in the last decade to aid witnesses in describing the getaway car. And Cargo Decoder can translate the four-digit DOT code on a truck’s placard to tell you what kind of materials they’re hauling.

There are a number of panoramic photo apps, so that you can quickly scan a 360° shot of the crime scene as is before EMTs, firemen, reporters, angry mobs or bigwig looky-lous breach your perimeter.

So the next time you see a team processing a crime scene it might not only be the nerdy young guy using the newfangled gadgets to do the job. It might be the grizzled old detective using a smartphone and a rubber-tipped stylus.

Lisa Black has spent over 20 years in forensic science, first at the coroner’s office in Cleveland Ohio and now as a certified latent print examiner and CSI at a Florida police dept. Her books have been translated into 6 languages, one reached the NYT Bestseller’s List and one has been optioned for film and a possible TV series.

Join Jan Burke and me on Crime and Science Radio Saturday 1-7-17 as we welcome Greg Collins and Dr. Kevin M. Bryant to discuss Car Crashes and “Crime Hot Spots.”

Greg joined the Shawnee Police Department as a sworn officer in 1991.  In addition to road patrol duties, Greg has worked as a D.A.R.E. officer, detective, patrol sergeant, training sergeant, and traffic safety unit supervisor.  Greg has also been a member of the department’s Special Tactics and Response team, and a field training officer. Greg transitioned to his current civilian position in June 2008.

Greg holds a B.A. in Management and Human Relations from MidAmerica Nazarene University and is an IACP Associate member.

Dr. Kevin M Bryant is a professor and chair of the Department of Sociology and Criminology at Benedictine College in Atchinson, Kansas. Bryant completed training and was certified in advanced crime mapping by the National Institute of Justice (NIJ) in 2011 and is currently working toward recertification.