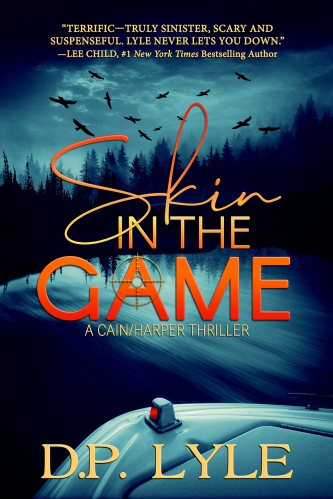 SKIN IN THE GAME, the first Cain/Harper thriller, is coming October 8th.

Who are Bobby Cain and Harper McCoy?

Raised as siblings by an itinerant “gypsy” family, knife expert Bobby Cain, trained by the US military in the lethal art of covert eliminations, and Harper McCoy, nurtured by the US Navy and the CIA to run black ops and wage psychological warfare, are now civilians. Of a sort. Employing the skills learned from the “family” and their training, they now fix the unfixable. Case in point: Retired General William Kessler hires the duo to track down his missing granddaughter, a Vanderbilt University co-ed. Their search leads them to a small, bucolic, lake-side town in central Tennessee and into a world of prostitution, human trafficking, and serial murder. The question then becomes: Will their considerable skills be enough for Cain and Harper to save the young woman, and themselves, from a sociopath with “home field” advantage, a hunter’s skills, and his own deeply disturbing agenda?

PRAISE FOR SKIN IN THE GAME:

SKIN IN THE GAME hums like a tuning fork in perfect thriller pitch. Heroes Bobby Cain and Harper McCoy are skilled with blade and mind, and the villain here sent chills up my spine from page one on. This is further proof that Doug Lyle is at the top of his game.–T. Jefferson Parker author of THE LAST GOOD GUY

Skin in the Game is a bracing and blisteringly original thriller that challenges old genre rules while making up plenty of its own. D. P. Lyle has a fashioned a tale sharply edged enough to leave our fingers bleeding from turning the pages as fast as we can. His intrepid protagonists are among the best drawn and richly realized of any heroes seen in years with echoes of both David Baldacci and C. J. Box, making Skin in the Game is a winner from page one. A smooth and sultry tale that shoots for the moon and hits a literary bulls-eye.–Jon Land, USA Today bestselling author of the Caitlin Strong series

Unputdownable. Bobby Cain wields both his knife and tongue with lethal expertise. Lyle’s seamless prose, gritty voice, and whiplash pacing culminate in an unforgettable climax, showcasing a heart-wrenching exposé into the world of human trafficking. And what a wild ride along the way. Ray Donavan meets Deliverance!—K.J. Howe, international bestselling author of SKYJACK

SKIN IN THE GAME is “The Most Dangerous Game” on steroids. Fast, relentless, and cunning.—David Morrell, New York Times bestselling author of Murder As A Fine Art

Upcoming SKIN IN THE GAME Events

Join me for one or more of these if you can. 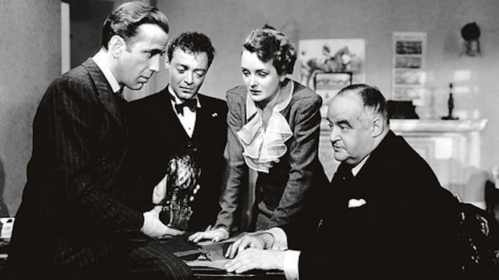 What is a MacGuffin? Since Alfred Hitchcock coined the term, his definition—such as it is—might be best:

“The main thing I’ve learned over the years is that the MacGuffin is nothing. I’m convinced of this, but I find it difficult to prove it to others.”

The Military Secrets in THE 39 STEPS

The Maltese Falcon in THE MALTESE FALCON

The Microfilm in NORTH BY NORTHWEST

The briefcase in PULP FICTION

The Letters of Transit in CASABLANCA

The Ring in the LORD OF THE RINGS Trilogy

The Arc of the Covenant in RAIDERS OF THE LOST ARK

The Genesis Device in STAR TREK2: THE WRATH OF KHAN

The shark in JAWS

Doug the groom in THE HANGOVER

LeeLoo in the FIFTH ELEMENT

John Conner in THE TERMINATOR series

Strand Magazine: The Care and Feeding of a MacGuffin:

What Is A McGuffin? https://nofilmschool.com/2016/09/hitchcocks-macguffin-explained-what-it-how-do-you-use-one-your-film 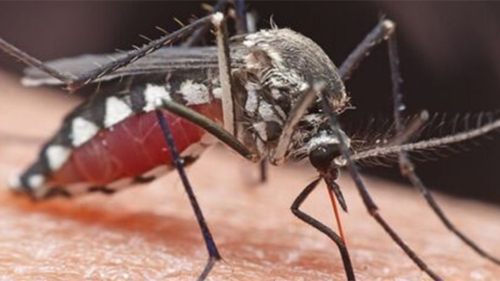 Do you know what the most dangerous creature in the world is? The one that has been responsible for more human deaths and illnesses than any other?

The mosquito. And it’s not even close.

They’ve brought us such pleasant surprises as malaria, yellow fever, the Zika virus, Dengue Fever, Sleeping Sickness, Chagas Disease, West Nile virus, and a bunch of other diseases you’ve probably never heard of. The number of illnesses and deaths ascribed to these various diseases is nothing short of staggering.

And now scientists have genetically altered the mosquito in the hopes that they would help lower the mosquito population. You see, these new “:Franken-mosquitoes” were supposed to die quickly. Didn’t happen, and even worse, these genetic changes just might make them harder to kill. Which means that the lowly, annoying mosquito could be an even more powerful disease transmitter. File this under unintended consequences.

Jake Longly Is Coming To Germany

JAKE LONGLY IS COMING TO GERMANY

Fun and welcome news: Just signed the contracts to bring Jake Longly and crew to Germany. DEEP SIX, A-LIST, and SUNSHINE STATE will be translated and released in an e-format soon. Hope all my German friends and fans have fun hanging with Jake, Nicole, Ray, and Pancake. 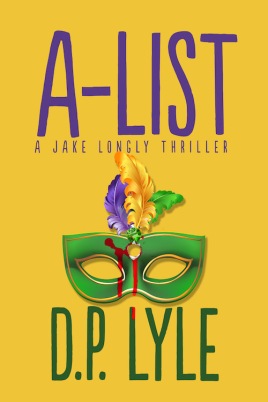 From FORENSICS FOR DUMMIES

By simply typing the blood at a crime scene, investigators narrow their suspect list and completely exonerate some suspects by using the population distribution information for the four ABO blood types.

Besides determining the ABO type, serologists are able to further individualize blood samples. RBCs contain more proteins, enzymes, and antigens than those used in the ABO classification system. These include antigens with such catchy names as Duffy, Kell, and Kidd and intracellular enzymes such as adenylate kinase, erythrocyte acid phosphatase, and the very useful phosphoglucomutase (PGM).

PGM is an enzyme that appears in many different forms, or isoenzymes, and at least ten of them are fairly common. Regardless of ABO type, a particular individual can have any combination of the isoenzymes of PGM. The ME and the serologist use that fact to further narrow the list of suspects for further DNA analyses and confirmation that they were capable of leaving a particular bloodstain.

For example, say that a stain is Type AB and has PGM 2. The ME knows the AB blood type is found in only 3 percent (see Table 14‐1) of the population, and PGM 2 is found in only 6 percent of people. Because these two factors are inherited independently, the probability of a particular individual being Type AB, PGM 2 is only 0.18 percent or less than 2 per 1,000.

If the police find blood at the scene that matches the blood of a suspect who has Type AB, PGM 2 blood, the probability that that suspect is not the perpetrator is 2 in 1,000. Although not perfect, those odds still are much better than a coin toss.

You inherit your blood type from your parents. For that reason, a serologist can assess paternity in many cases. The crime lab is often involved in paternity testing because paternity may be a critical component in determining child support, custody, and visitation. It also may play an important role in crimes and civil proceedings that involve kidnappings, insurance fraud, and inheritance conflicts.

ABO blood types, or phenotypes, come in only four varieties: A, B, AB, and O. But, for some blood types two genotypes, or gene pairings, are possible. A phenotype is what something looks like (in this case the ABO blood type), while the genotype is the underlying genetic pattern. We receive our ABO genes from our parents, one from Dad and one from Mom.

The important thing to know in this system is that A and B genes are co-dominant (equally dominant), while the O gene is recessive. So someone who receives an A gene from one parent and an O gene from the other has Type A blood, but not Type O, because the A gene is dominant.

People with Type O blood must have an OO genotype. They can have neither an A nor a B gene because having one or the other dominates the O gene and produces either Type A or Type B blood.

A person with Type A blood can either receive an A gene from each parent and thus have an AA genotype or an A gene from one parent and an O gene from the other for an AO genotype. Remember, A is dominant, so when it is paired with the recessive O gene, the A gene determines blood type. People with the AA and AO genotypes both have Type A blood, but genetically speaking, they’re different.

In each of the scenarios presented in Figure 14‐1, the child’s blood type is Type A, except when both parents donate an O gene. In the latter case, the child’s genotype and blood type (phenotype) respectively are OO and Type O. These parents can’t have any offspring who have Type B phenotype or BB, BO, or AB genotypes, because neither parent has a B gene to donate.

Blood typing can exclude paternity but cannot absolutely verify it. For example, a man with Type AB blood can’t father a child with Type O blood. So if a child has Type O blood, all men with the Type AB are ruled out as the child’s father. A man with Type A (genotypes AA or AO) blood can be the father, but only if he has an AO genotype. Men who have AA genotypes also are excluded. Men with the AO genotype, however, can’t be ruled out at this point.

To dig deeper into this complex system grab a copy of either: 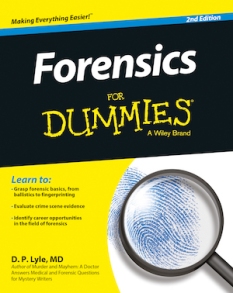