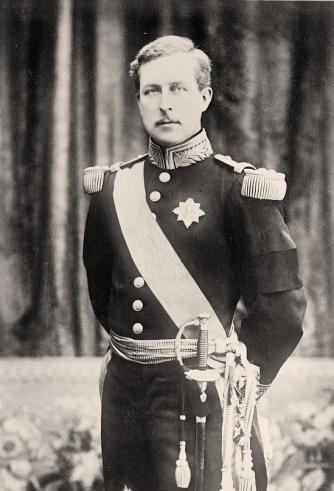 Belgium’s King Albert I was found dead on February 17, 1934. The experienced rock climber was found at the base of a large formation with a gash to his head. Speculation that he was murdered ran rampant. During World War I, he had resisted Germany and attempted to block German troops from entering his country. They eventually did, but he fought them every step of the way. Was Germany somehow complicit in his untimely death?

Many felt that he had been killed elsewhere and his body dumped where it was found. The evidence suggested otherwise. His glasses were found nearly 40 feet above him – – he was very far-sighted – – and his climbing rope was still attached to his body. But, the most important evidence that suggested a fall rather than a murder was blood on the leaves near the King. If this blood was indeed Albert’s, then he must have shed it at that location, meaning he was at least briefly alive when he reached the ground at the base of the rock formation. If he had been killed elsewhere and dumped, there would have been no blood around the body. Dead folks don’t bleed. The leaves were apparently collected and preserved.

Flash forward to 2014. The blood of the leaves was tested. Not only was it human blood and but also it was matched against two relatives of the King. These results suggested that the blood was indeed the King’s blood and it had likely been shed from a head injury he received from his fall. This 80-year-old “murder” case seems to be a tragic accident.

Peanut Butter Can Kill You

Peanut butter can be deadly. If you’re allergic to peanuts.

Our immune system protects us from all sorts of bad things – – bacteria, fungi, and viruses. Our bodies recognize these foreign invaders and the immune system immediately goes to work manufacturing antibodies against the intruders. These antibody signal for help and pretty soon white blood cells show up along with their buddies known as mast cells. These cells release an array of chemicals that help damage the invaders, which are then consumed by the white blood cells. And life goes on.

But sometimes the immune system overreacts. It produces a massive amount of chemicals that can cause a drop in blood pressure, a tightening of the bronchial tubes, a leaking of fluids within the tissues and, most deadly, the lungs. We call this overwhelming reaction anaphylaxis. It is typically immediate and severe.

Such a reaction happened to Miriam Ducre-Lemay. She was allergic to peanuts. Her boyfriend had apparently eaten a peanut butter sandwich and had given her a good night kiss. Then everything went off the rails. She suffered an acute anaphylactic reaction and by the time paramedics arrived it was too late. This illustrates that it only takes a very small amount of an antigen (in this case the peanut oils in the peanut butter) to initiate a severe anaphylactic reaction.

In the 1800s, Wagon Train Travel Could Be Deadly

Many brave souls headed West during the 1800’s, often by wagon train. They fought weather, disease, starvation, hostile folks of all types, and potentially deadly injuries. Medicine was crude, basically non-existent, and many died along the way.

Check out my latest Q&A on the Suspense Magazine Blog:

Could Death From Bleeding Be Delayed For Several Days After a Frontier Wagon Wheel Accident?

Read the answer and listen to the expanded audio information here: