DEEP SIX One of Suspense Magazine’s Best Books of 2016 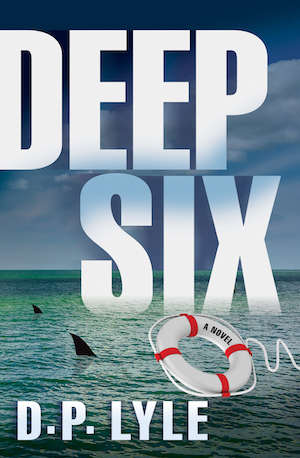 “Murder in G Major” by Alexia Gordon
“Behind Closed Doors” by B.A Paris
“Blood on the Tracks” by Barbara Nickless
“IQ” by Joe Ide
“Summit Lake” by Charlie Donlea

“A Time of Torment” by John Connolly
“Adam Frankenstein: A Collection of Short Stories” by Sheila English
“Hex” by Thomas Olde Heuvelt
“The Hatching” by Ezekiel Boone

“The Seven Year Dress” by Paulette Mahurin
“A Wild Fright in Deadwood” by Ann Charles
“Thirty-Six and a Half Motives” by Denise Grover Swank
“The Saints of the Lost and Found” by T. M. Causey

“Ruler of the Night” by David Morrell
“This Was a Man” by Jeffrey Archer
“The Last Days of Night” by Graham Moore
“The Murder of Mary Russell” by Laurie R. King

“The Thrill List” by Catherine Lea and Others
“The Big Book of Jack the Ripper” Edited by Otto Penzler
“Echoes of Sherlock Holmes: Stories Inspired by the Holmes Canon” Edited by Laurie R. King and Leslie S. Klinger
“Nightmares: A New Decade of Modern Horror” Edited by Ellen Datlow

“Possessed” by Kathryn Casey
“Framed: Why Michael Skakel Spent Over a Decade in Prison for a Murder He Didn’t Commit” by Robert. F. Kennedy
“A Mother’s Reckoning” by Sue Klebold
“A Killing in Amish Country” by Gregg Olsen and Rebecca Morris

“Isabel Feeney: Star Reporter” by Beth Fantaskey
“Girl on the Brink” by Christina Hoag
“The May Queen Murders” by Sarah Jude
“Crooked Kingdom” by Leigh Bardugo

“When Shadows Come” by Vincent Zandri
“Right to Kill” by Andrew Peterson
“Deep Six” by D.P. Lyle
“The Steel Kiss” by Jeffrey Deaver
“The Woman in Cabin 10” by Ruth Ware
“A Great Reckoning” by Louise Penny
“Backblast” by Mark Greaney
“Dark Matter” by Blake Crouch
“Strong Cold Dead” by Jon Land
“The Obsidian Chamber” by Preston and Child

A Most Famous Christmas Killing: Stagger Lee Shoots Billy and an Iconic Song is Born

I was standing on the corner when I heard my bulldog bark
He was barkin’ at the two men who were gamblin’ in the dark
It was Stagger Lee and Billy, two men who gambled late
Stagger Lee threw seven, Billy swore that he threw eight
Stagger Lee told Billy, “I can’t let you go with that”
“You have won all my money and my brand new stetson hat”
Stagger Lee started off goin’ down that railroad track
He said “I can’t get you Billy but don’t be here when I come back”
Stagger Lee went home and he got his fourty-four
Said “I’m goin’ to the barroom just to pay that debt I owe”
Stagger Lee went to the barroom and he stood across the barroom door
He said “Nobody move” and he pulled his fourty-four
Stagger Lee shot Billy, oh he shot that poor boy so bad
Till the bullet came through Billy and it broke the bartender’s glass. 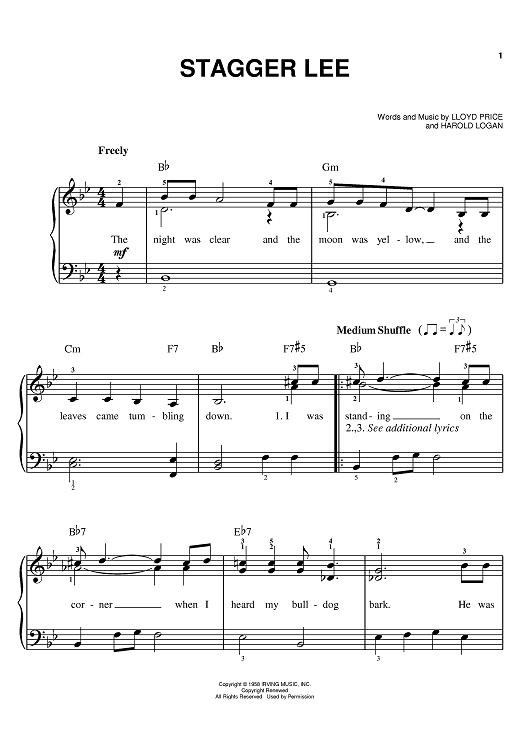 Lordy, what a great song. Can’t tell you how many times I’ve listen to it or played it on the guitar. It just never gets old.

You have to admit, the words are intriguing. Who the heck is Stagger Lee? And Billy? And did Lee kill Billy over a hat and some cash? Does this song have any basis in reality?

Some say it was Christmas Eve, others say Christmas Day, but most all agree it was 1895, that the events that spawned an iconic American song went down. So did young Billy Lyon who was shot and killed by Lee Shelton, a cab driver and pimp who went by the moniker Stag Lee, or Stack Lee, the story has many iterations. Apparently they had been drinking, gambling, and arguing politics, and of course the money on the table and the turn of the dice. Alcohol, gambling, and guns make a toxic mix.

Stag Lee apparently shot Billy in the stomach, took his hat, and walked away. He was quickly arrested, and then tried, convicted, and sent to prison where he died in 1912. There was nothing special about this murder, just another shooting on the mean streets of St. Louis’s tenderloin district, but it was the stimulus for many songs that recounted the events of that day. A song that is truly iconic in the history of the blues and rock and roll.

I bet you can hear it in your head right now.

The song has been recorded under many names: Stagger Lee, Stagolee, Stackerlee, Stack O’Lee, Stack-a-Lee, and the list goes on. It is estimated that over 400 versions have been recorded over the last century, each with its own take on the story.

The version that most people know is the 1959 recording by Lloyd Price, which contrasts starkly with the version recorded by the great Mississippi John Hurt in 1928. It has also been recorded by The Fabulous Thunderbirds, Johnny Otis, The Grateful Dead, RL Burnside, Keb Mo, and many others. 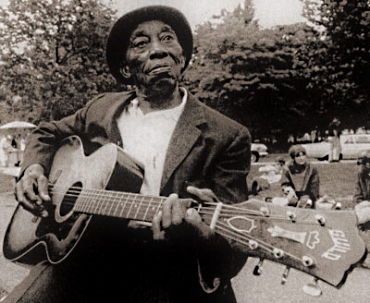 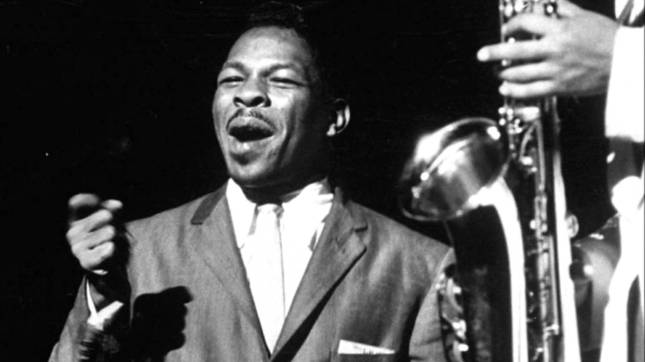 Want to know more? Here are a few links:

Listen to two great versions of this song. You will all remember the Lloyd Price version for sure: 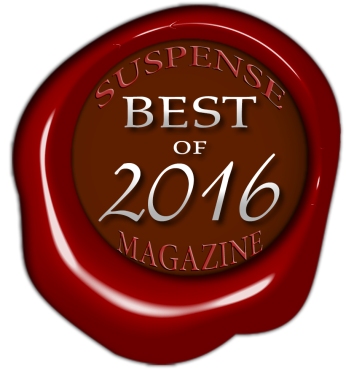 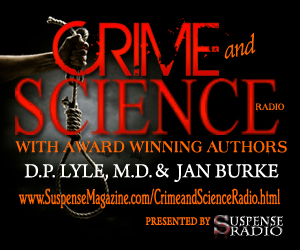 NAMUS: Naming The Unidentified, Finding The Missing: An Interview With J. Todd Matthews

BIO: Todd Matthews is the Director of Case Management and Communications for NamUs. He  joined the NamUs management team in 2011 as the program transitioned to the UNT Health Science Center. In his current role, he manages the NamUs Regional System Administrator staff, oversees quality assurance and quality control of NamUs data, performs outreach and training, coordinates all NamUs print and broadcast media, and serves as the media spokesperson for NamUs.

Todd Matthews previously served as a NamUs Regional System Administrator and was a member of the NamUs Advisory Board for the development of the NamUs database and program. In those roles, he piloted efforts to coordinate data exchanges between NamUs and the National Center for Missing & Exploited Children.

He has also served as the Media Director for two important volunteer programs related to missing and unidentified persons: The Doe Network and Project EDAN. He has worked as a blogger for Discovery ID and served as a consultant for Jerry Brukheimer on “The Forgotten” and Dick Wolf on “Lost & Found”, two scripted series related to missing and unidentified persons

The Dead Unknown: Part 3 What Secrets Lie Beneath https://www.youtube.com/watch?v=05KRjEqEcl8

The Dead Unknown: Part 4 She Always Had a Name https://www.youtube.com/watch?v=eRK7muHRXJ4

“Who Killed Jane Doe #59? The Case of Reet Jurvetson – the fifth estate https://www.youtube.com/watch?v=CTyQhn1MjX8