Check out the new posts John Raab of Suspense Magazine and I put together. Read the Q&As and listen to the expanded discussions. Hope each proves helpful for your crime fiction.

Can DNA Be Used To Identify Multiple Assailants In a Three Decade Old Rape?

In 1863, Could An Autopsy Accurately Determine the Cause of Death?

Can My Female Character Cause Her Pregnancy To Become “Stone Baby” By Shear Will? 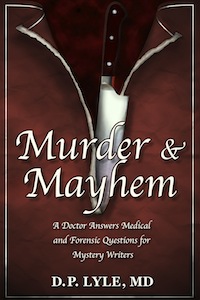 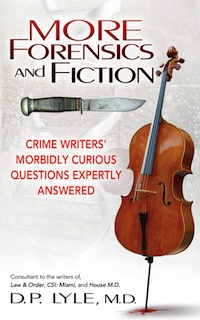 Get it through your local Indie Bookstore or here:

Just got the new cover for Forensics For Dummies, 2nd Edition.

Crime and Science Radio: The Art and Science of Law Enforcement: An Interview with Robin Burcell

Saturday 6-14-14 at 10 a.m. PDT, join DP Lyle and Jan Burke in conversation with Robin Burcell, who is the author of award-winning crime fiction — including this year’s The Kill Order, featuring FBI Agent Sydney Fitzpatrick.  Robin also spent nearly three decades working in law enforcement: she has worked as a police officer, a forensic artist, a hostage negotiator, and a detective.

Time: 6 Hostage Negotiation Techniques That Will Get You What You Want: http://time.com/38796/6-hostage-negotiation-techniques-that-will-get-you-what-you-want/

Sarah Yarborough Murder: A Cold Case Dating to the Mayflower

Do you know me? 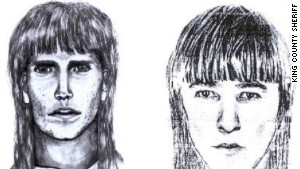 On the morning of December 14, 1991, 16-year old Sarah Yarborough of Seattle went to school early. She didn’t want to miss the bus that woud take her cheerleading team to a competition. An exciting day for her. Except she didn’t make the bus. Her body, clad in her cheerleader uniform, was found near her parked car. She had been sexually assaulted and strangled.

Several witnesses saw a man in the area, who was described as twenty-something, with long blonde hair, clad in a black trench coat, and driving a tan 1970 Chevy Nova, or similar car. A composite was created from these accounts.

Months and then years went by, and despite thousands of tips, no suspect was ever developed. The case went cold, as they say.

In a creative move, the King County Sheriff’s Department sent the DNA profile obtained from young Sarah’s body to forensic consultant Colleen Fitzpatrick in California. Employing genealogical techniques, she matched the crime scene DNA to the Massachusetts family of Robert Fuller, whose ancestors arrived on the Mayflower in 1630.

Did this solve the case? Not yet. By now, the Fuller’s of 1630 would likely have thousands of descendants so the suspect pool remains large. But having the name Fuller attached to the other evidence might eventually be the key connection that leads to this killer. Let’s hope.

The ME will use any and all tools at his disposal to help identify an unknown corpse. Such is the case with the young lady known as the “Fond du Lac Jane Doe.”

She is unidentified and has remained so since her badly decomposed body was found in a rural wooded area near Fond du Lac, Wisconsin last November. The ME determined that she was between 15 and 21, just over 5-feet tall, and weighed between 110 and 135 pounds. Police believe she might be Caucasian, but a University of Wisconsin anthropologist determined that she was Hispanic, Asian, or Native American. Scouring missing persons reports has not turned up an ID and even though the manufacturer of her clothing was identified, this offered little help. DNA has been obtained but with nothing to compare it to it is of no use.

A forensic artist created a composite likeness and the clothing manufacturer provided copies of her clothing so that police could construct a composite picture. Then they took the unique step of creating a Facebook page for Jane Doe. Hopefully this will lead to her identity.

Robin Burcell wears many hats. She has spent over two decades as a police officer, detective, and hostage negotiator and is also a FBI-trained forensic artist. She is the successful author of the SFPD Homicide Inspector Kate Gillespie series and now has a new series with forensic artist Sydney Fitzpatrick. 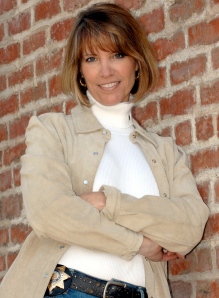 DPL: You have four books in your Kate Gillespie series and Face of a Killer is the first starring Sydney Fitzpatrick. Which of these characters is most like you and which do you enjoy writing about the most?

RB: I would have to say that Kate Gillespie, a police officer, shares more of my characteristics than Sydney Fitzpatrick of the FBI. Kate was the first female homicide inspector for San Francisco PD, and as such, faced a number of obstacles in her path to get to that position.  I was the first female officer for my department and well remember the prejudices and battles of blazing that trail, so I felt that I could relate to a bit of what Kate might have gone through.  And since I worked the streets as an officer, I was able to channel my experiences into Kate’s character.   However, that being said, Sydney still shares my concerns in working with victims of crimes and, of course, when it comes to forensic drawings.

DPL: Most people know very little about hostage negotiation. What are the main techniques you use during these types of communication to resolve the stand off?

RB: That’s one of those “it depends” answers.  Each situation is unique. But to generalize, the biggest skill is to be able to think on your feet, being able to use your voice to calm someone if he is agitated, or convince him to cooperate. You have to be able to “read” the person you are negotiating with, and often have to change directions midstream, never knowing what might set off the person. Most cops have this skill to begin with, and use it on a daily basis.  The hostage negotiator has been trained even further.

RB: There have been several instances where hostage negotiating training came in very handy while responding to routine calls.  On one occasion, I arrived at a house on a report of an unknown disturbance.  My partner and I were talking to a man in his forties, who was upset because he couldn’t make toll calls on his mother’s phone. He broke a mirror and his mother called us. I had pegged the guy at once as being mentally ill, and was on the phone with Mental Health trying to see if he was a current patient (he was) and was making arrangements to bring him in for an emergency evaluation. I had sized up the guy and, based on his behavior, called for additional back up. My instincts told me we were not getting this guy in control without a fight. My partner (a rookie with just a few months on the job) became frustrated at the man’s “up and down” behavior. Instead of waiting for the additional back up, he reached out to grab the man’s arm to take him into custody, and the man twisted away and whipped out a knife—holding it to his gut, stating that he was going to kill himself. That was my first face-to-face negotiation holding someone at gunpoint. (A suspect with a knife can kill an officer with that knife before the officer ever draws his weapon. It’s extremely dangerous.  Lucky for us—and him— the man was not intent on harming us, just himself.)  Several times as I negotiated, I felt my finger pull on the trigger as he appeared to be raising the knife, then releasing the trigger as he lowered it.  All the time I had to keep my voice calm, and then even more so when he started to get agitated, like when he overheard radio traffic about his call or when he heard the approaching sirens.  (As an aside, I actually wrote that scene into DEADLY LEGACY, but the editor decided the storyline with that character didn’t work out, so the scene was cut.)

DPL: Forensic artists do much more than simply draw pictures. What types of cases are they consulted on and what techniques are used by modern artists?