RSS
← The World’s First Homicide?
Webinar: What Were They Thinking? The Planning of the Perfect Murder →

How Old Is That Fingerprint? 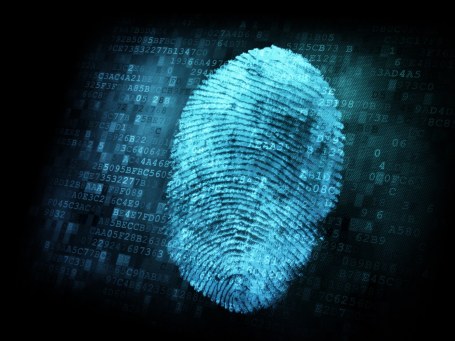 Fingerprints are useful forensic science tools. They’ve been so for over 100 years. Mainly, it’s the pattern of the ridges on the fingertips that supply the useful information. We know that everyone has different fingerprints and we know that they do not change throughout the person’s life. This means that they are highly reliable sources for identification and for discrimination between two individuals. Law enforcement has employed this for years.

But several newer techniques and analyses allow investigators to go even deeper. The skin cells, that are part of a fingerprint, can often yield DNA. Chemicals in the print residue can sometimes reveal if the person has used or handled such substances as cocaine. Other analyses are underway that might make fingerprints even more useful.

One question that frequently plagues crime scene investigators is exactly when a print was laid down. This determination can make a huge difference. Let’s say that a print is discovered at a homicide scene and the primary suspect says that he had been at that location but that that had taken place a week earlier. Not on the day of the killing. Is he telling the truth? Or simply trying to throw the police off and make an excuse for the evidence they collected against him? It would be nice to know if the print was 24 hours old or seven days old.

Research is currently underway by Shin Muramoto and his colleagues and they reported their initial findings in a recent article in Analytical Chemistry. They discovered that a chemical found in fingerprints known as palmitic acid migrates away from the ridges at a predictable and consistent rate. By looking at this migration pattern they are able to determine whether the print is fresh or up to four days old. They are looking to extend this envelope to a longer period of time. But you can see, that even this level of discrimination could help—or not—- the suspect in the above scenario.

← The World’s First Homicide?
Webinar: What Were They Thinking? The Planning of the Perfect Murder →

2 responses to “How Old Is That Fingerprint?”