Father’s Unborn Twin Is the Genetic “Father” of His Son

A couple of years ago a happy couple in Washington welcomed a new baby boy. All was good until a paternity test showed that the father was not the father. Uh-oh. Well, it’s not really that bad. Turns out that genetic testing revealed the father was a chimera and the genetic testing was confused by his unborn twin’s DNA, which the father had absorbed in utero. Chimerism is an odd and interesting medical entity. 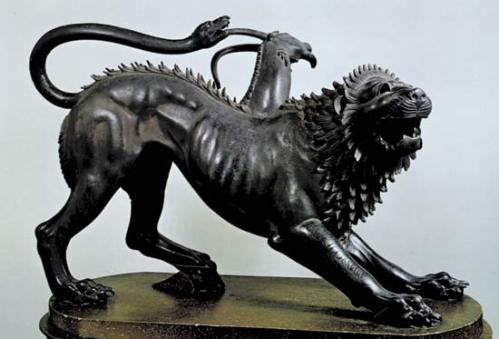 In Greek Mythology, the Chimera was a fire-breathing female that was part lion, part goat, and part dragon. Fortunately, human chimeras, which result from the combining of two or more human embryos in utero, are typically normal in every way—-except for that DNA stuff.

Q&A: How Could My Sleuth Recognize a Chimera?

Guest Blogger: EE Giorgi: I Am My Mother’s Chimera. Chances Are, So Are You