SUNSHINE STATE and RIGGED On Sale at Chirp Audiobooks

SUNSHINE STATE and RIGGED On Sale at Chirp Audiobooks

Bizarre doesn’t quite cover it. In SUNSHINE STATE, Jake Longly and girlfriend Nicole Jamison are hired, through an anonymous benefactor, by serial killer Billy Wayne Baker to prove that two of the seven murders weren’t actually his work. Yet, he confessed to all seven and his DNA turned up at each scene. Is Billy Wayne simply trying to tweak the system, garner another fifteen minutes of fame? Or is there a killer out there getting away with murder? If so, who, why, and, most importantly, how? Nothing is as it seems in the Sunshine State. 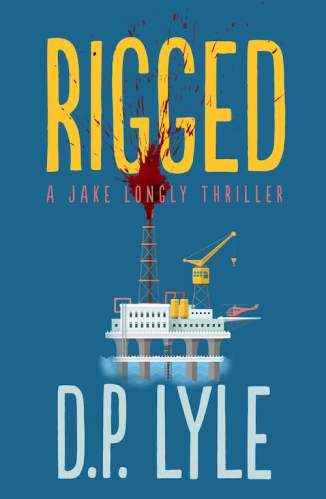 First loves are never forgotten. Ever. Certainly not for Tommy “Pancake” Jeffers. His first-kiss, sixth-grade love Emily, who he has not seen since grammar school, is sliding toward divorce in the artsy Gulf Coast town of Fairhope. Alabama. Longly Investigations has been charged with looking into the finances involved. But, when Emily doesn’t appear for their nervously anticipated meeting, Pancake’s radar goes on high alert. When her body, along with that of Jason, one of two guys she has been dating, are found murdered, Pancake calls in Jake, Nicole, and Ray and the pursuit begins. Who would have done this? The soon-to-be ex, who has an ironclad alibi, the other guy Emily is seeing—jealousy being a motive for harm, or do the drugs found in Jason’s pocket indicate a drug-related hit? That world yields a host of suspects. As they peel back the layers of this idyllic community, dark secrets come to light and convoluted motives and methods of murder are revealed.