What’s the Deal with Typhus?

Ever heard of Typhus? Probably in history class, or something similar. It reared its head many times during the Middle Ages and helped take down Napolean’s Grand Army in 1812. Many believe that as much as one-third of his army succumbed to the disease. It pops up here and there from time to time. Like now. Seems LA has a Typhus problem and it’s centered around City Hall.

Typhus is what we call a Rickettsial disease since it is caused by a bacterium known as Rickettsia typhi—-at least the form that comes from fleas is. A Rickettsial disease you’ve likely heard of is Rocky Mountain Spotted Fever (RMSF). There are several types of Typhus, each caused by a different bacterium and spread by a different vector. Scrub Typhus is carried by mites, Endemic Typhus by lice, and the one that’s affecting LA is Murine Typhus, which is carried to humans by fleas from infected rats.

When an infected vector bites a human, the bacterium enters the body and spreads. A week or two later the victim will develop fever, chills, and headaches. Sometimes GI symptoms such as nausea, vomiting, and abdominal pain occur. Not unlike a bad flu. Then, a few days later, the rash appears. 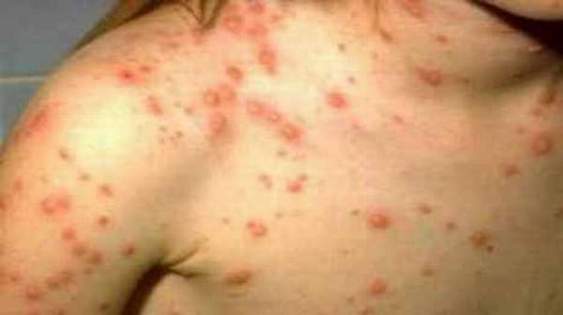 If untreated, the disease can cause severe damage to the kidneys, liver, lungs, heart, brain, and can lead to death. But once diagnosed, the treatment is rather easy. The antibiotic doxycycline, sometimes ciprofloxacin, kills the rickettsial bacterium quickly and efficiently.

Right now, LA is treating the infected and trying to figure the best way to clear the rodents and fleas from City Hall. It’ll be a big job.