The Mystery of Chopin’s Heart

Did Frederic Chopin die from Tubercular Pericarditis? And what the heck is that anyway?

Pericarditis is an inflammation has occurred of the pericardium, the sac that contains the heart. Most often it is due to a viral infection but there are many others causes. One of the worst is tuberculosis (TB).

Tubercular Thickening of the Pericardium

Tuberculosis has wreaked havoc in humans for centuries. It has been found in Egyptian mummies and has devastated entire populations. Treatment didn’t appear until the 20th century and in recent years new, more malignant forms have appeared. Even after several millennia, it remains a difficult medical problem.

It attacks the lungs and slowly destroys the tissues, leading to cough, fatigue, weight loss, and muscle wasting—-the reason it was called “the consumption.” It, at times, literally consumed the sufferer.

When it spreads to the heart, particularly the pericardium, it can quickly become deadly. A thick viscous fluid collects in the pericardial sac, compresses the heart, and interferes with its function as a pump. This fluid can also solidify into a leathery trap around the heart so that even survivors of the initial infection can suffer severe, long-term problems that we term constrictive pericarditis—-the encasement restricts cardiac filling and thus effects pumping.

Recent studies suggest that this is what happened to Chopin. His heart took a strange and convoluted journey. He had requested that at his death that his heart be removed and returned to his native Warsaw, Poland. When he died in Paris in 1849, his heart was indeed removed, placed in a crystal jar, and encased in a stone pillar at the Holy Cross Church in Warsaw. In a recent examination, researchers found evidence that suggested he had suffered from TB pericarditis. 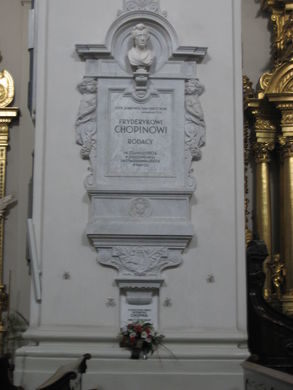