THE ASSASSINS: A Great New Thriller From Gayle Lynds 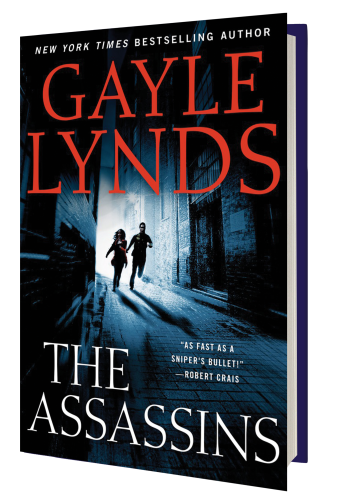 My friend Gayle Lynds has a terrific new international thriller out – THE ASSASSINS.  Nelson DeMille says he was hooked on page one.  “Six master assassins – each a legend in the dark corners of global espionage – band together to steal a fortune from the middle of a war zone.” Add one retired U.S. army spy, and the Associated Press heralds the result as “treachery, double crosses, and a treasure straight from history that add up to a thrilling novel.”