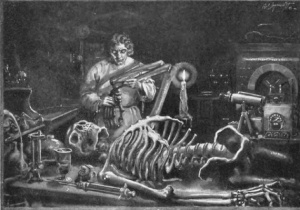 An interesting article recently appeared in The Atlantic on the origins of creativity and whether it is innate or can be learned: “Can Creativity Be Learned?” by Cody C. Delistraty. It makes for interesting reading and raises some intriguing questions. For example, creative folks tend to have more grey matter in the right posterior middle temporal area of their brain. Is this what makes them creative or does this result from them flexing their “creative muscle”? Chicken or egg? 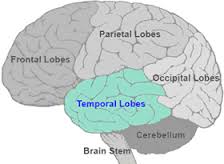 The author uses Mary Shelly and her classic horror story Frankenstein to underline his points.

In a past post on this blog I briefly talked about how Mary Shelly’s classic story came about. Here is an except:

On a literary and historical note, Frankenstein might never have been written had it not been for a volcanic eruption on the other side of the world. In 1815, Mount Tambora in Indonesia erupted with such force that it filled the air with millions of tons of ejected particulate matter. This rose into the high atmosphere, dropped world temperatures for many months and resulted in 1816 being called the “Year Without Summer.” Snow fell in New England in July!

During that summer, Mary Wollstonecraft Godwin, her lover and future husband Percy Bysshe Shelley, and Lord Byron settled into Villa Diodati on Lake Geneva. The summer was so cold and wet that they spent much of their time in the villa talking and telling stories. They decided to have a writing contest and see who could write the best short story. Mary’s story evolved into the classic Frankenstein; or the Modern Prometheus.

There has long been controversy over how Mary came up with such a story, She said it came to her in a “waking dream,” but some have suggested that her father had told her stories of a doctor who did such experiments and others have suggested that she and Shelley had actually visited Castle Frankenstein, the birthplace of Johann Conrad Dippel, a physician and alchemist who did indeed perform reanimation experiments on corpses. Either way she wrote a kick-ass story that has survived for nearly two centuries and will survive for many more.

4 responses to “Frankenstein and Creativity”