RSS
← Crime and Science Radio: The Art and Science of Law Enforcement: An Interview with Robin Burcell
Book Review: Her Last Breath by Linda Castillo → 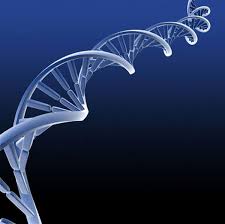 The impetus for determining the paternity of a child likely dates back to the most primitive tribal cultures. Particularly in patriarchal cultures where females were regarded as the property of males, it was deemed important to ensure that a man’s “property” had not been shared, and that the virtue of the female was beyond question. As societies became more sophisticated, the need to establish paternity became as much an economic issue as a moral one. In modern cultures, paternity testing is used primarily to establish whether or not a man is responsible for providing financial support to a child, as well as determining whether the child carries any of the father’s genetic predispositions for health challenges.

Physical appearance – In more primitive cultures (some of which continue to flourish), the objectives behind determining the paternity of a child were culturally and/or emotionally based. If a child was born who lacked identifying characteristics of either parent, it was frequently assumed that the father was someone other than the woman’s mate. The repercussions to the mother were quite severe, often culminating in her death. Unfortunately – especially for the women – the comparison of obvious physical traits was highly subjective, and many women suffered dire consequences, even if their husband/mate was indeed the biological father.

Blood typing – With the early 20th century discovery that different individuals had different blood types, and the recognition in the 1920s that those blood types were genetically inherited, a more accurate means of determining paternity came into common use. It was discovered that by comparing the parents’ blood types, it was possible to determine the most likely blood type of the child. While this was admittedly a step above the “he has his father’s eyes” paternity test, it was still only about 30% accurate.

Serological testing – It was discovered in the 1930s that specific proteins not considered during blood typing could establish the presence of genetically inherited antigens that would more accurately identify the child’s biological father. Unfortunately, serological testing only improved the accuracy of paternity testing to about 40%. Hardly conclusive evidence.

Tissue typing – In the 1970s, the human leukocyte antigen (HLA) was discovered in abundance within white blood cells. When samples of this genetically inherited antigen taken from the mother and child were compared to the sample taken from the father, paternity could be established with roughly 80% accuracy. While this was a significant improvement over previous methods, the collection procedure itself was unpleasant, and the size of the sample required made it hazardous to the child, particularly if the child was less than six months old. Obviously, more work needed to be done.

DNA testing (RFLP) – In the 1980s, the technique called restriction fragment length polymorphism (RFLP) was discovered that looked at a significantly wider spectrum of variables in the blood than had been analyzed with earlier techniques. It was discovered that the offspring of two parents would have half the unique characteristics of each parent. This technique elevated the accuracy of paternity testing to the level of statistical certainty. Unfortunately, the amount of blood required for accurate sampling was, like tissue sampling, large, posing potential problems for the child. In addition, the potential for genetic mutations in the child could render a false negative, indicating that neither the woman or the man was the child’s biological parents. For these reasons, RFLP testing has been all but abandoned.

DNA Testing (PCR) – By the 1990s, the RFLP testing was replaced by the polymerase chain reaction (PCR) technique. This technique involves the computerized replication of DNA collected from even a minuscule sample that is collected anywhere on the individual’s body, then comparing the subjects’ profiles. In addition to requiring a very small sample (typically via an oral swab), the subject is not submitted to discomfort as in earlier test techniques, and the computerized analysis takes far less time, while still providing accuracy at the level of statistical certainty, 99.99%.

Author: Daphne Holmes contributed this guest post. She is a writer from www.ArrestRecords.com and you can reach her at daphneholmes9@gmail.com.

← Crime and Science Radio: The Art and Science of Law Enforcement: An Interview with Robin Burcell
Book Review: Her Last Breath by Linda Castillo →