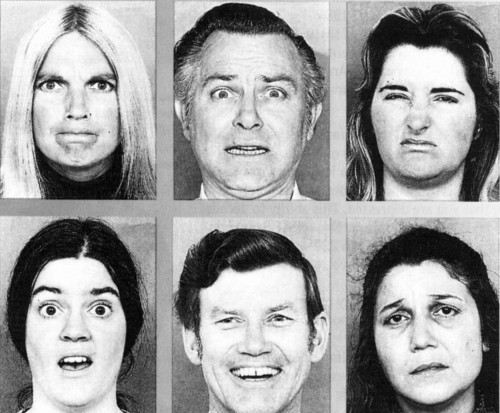 Can you tell when your spouse or child or friend is angry? Or scared? Or worried? Can you simply look at their face and determine what they’re feeling? What emotions are in play?

Most people would say yes and indeed we have been taught that much of communication is nonverbal, meaning facial expressions, hand gestures, body language, and other cues that we constantly receive from others. Nearly half a century ago psychologist Paul Ekman “proved” that facial expressions revealed six basic emotions: happiness, sadness, fear, disgust, anger, and surprise. He further said that these expressions crossed all racial and cultural lines so that each human expressed emotions in their face in exactly the same way. Psychologists and police have used this technique for many years.

But is that true?

Lisa Barrett, a professor of psychology at Northeastern University, thinks not. Here’s a fascinating article from Boston Magazine that discusses the uses and abuses of facial expressions in determining emotions: