A Trip to Europa

I don’t mean the daughter of King Tyre and Zeus’ lover nor her namesake moon that spins around Jupiter. I mean the hallucinogenic drug created by Alexander Shulgin, the father of more than 200 other psychoactive chemicals. Europa, also called K2, Red X Dawn, Blaze, or Spice, is actually 2C-E or 2,5-dimethoxy-4-ethylphenethylamine.

Though often compared to LSD it is chemically different and its effects are likewise different. Each of these drugs have hallucinogenic effects but Europa seems to cause a synesthetic syndrome more frequently and more powerfully than does LSD.

Synesthesia is a medical condition in which distortion of the senses, particularly sound and vision, occurs. Those with synesthesia might see letters or numbers as colors or “see” sounds as colors or shapes or both. In his wonderful novel The Fallen, my friend T. Jefferson Parker created Homicide Detective Robbie Brownlaw who was afflicted with this condition. It’s a fascinating read.

Europa seems to simulate this medical condition. Under its influence, the visuals can be dramatic with brightly colored fractal patterns like Persian rugs or kaleidoscopes. Who can forget Lucy’s eyes in Lucy in the Sky with Diamonds? Of course, as the song title suggests, Lucy took LSD and not Europa but the effects can be similar. You know, marmalade skies can break out anywhere. 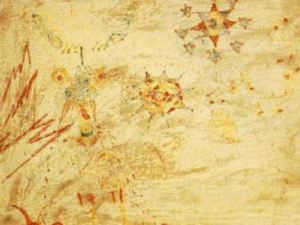 John Lennon said his inspiration for the song came from a nursery school drawing done by his son Julian that John titled Lucy In The Sky With Diamonds and that LSD had nothing to do with it. Really, John? It was the 60s after all.

Unfortunately it appears that Europa can also be deadly as a young man from Blaine, MN tragically discovered.