RSS
← A Visit to Alpha Medical
Q and A: What Are The Toxic Effects of a Poisonous Octopus Bite? →

“Where am I?” you ask the nurse on the locked psychiatry ward.

“You are in County General,” he replies.

“Downtown. You were found wandering inside a coffee shop, confused, and without identification.”

“I remember nothing since I left home this morning. My memory is just blank.”

“Your husband is on his way. I called him a few minutes ago after you were able to recall your name and phone number for me. He said you pulled your car out of the garage, ran into the tree in front of your house, left it there, and then drove his car to your clinic. He said he had a day off so he slept in and has been trying to reach you ever since he realized something was amiss, but you left your purse, briefcase and cell phone in your car. You went to work, went through mail, charts and dictated letters. Your secretary said you seemed a little different–she thought something was definitely wrong when your dictations didn’t make sense. She said you went out for lunch and never came back. By that time your husband had called your office and the police brought you here, confused from the coffee shop.”

Transient Global Amnesia or TGA is a condition I diagnose in patients 2-4 times per year. There are many causes, but often none is found. Almost all patients have a full recovery, but in a few, the condition will recur. My first case was essentially the one described above–an MD whose TGA was caused by an unusual medication reaction. In almost all cases, patients function somewhat normally but their judgment is impaired and they make no memories.

My second case was a man who also wound up in the locked ward. He had a continuous epileptic attack but was able to talk to me reasonably well.  He was confused, but fluent in speech. I went through my usual protocol of blood tests, an electroencephalogram (EEG), and brain scans. When I looked at the results of the EEG, I noticed that he was having continuous seizure activity, yet was not moving a muscle. I re-examined the patient to see if I had missed some shaking, eye twitching, or anything that might look epileptic, but I saw nothing abnormal.  I gave him a large intravenous dose of a seizure medication. The next morning, he was totally recovered. He recalled nothing of the day before or of my examining him twice.

Other causes of TGA may include a large number of factors including migraines and various chemical abnormalities, as well as stroke-like problems. There are other patients who simply have psychiatric problems or feign the condition after perpetrating certain criminal acts or hoping to get an edge in legal cases.

Overall, Transient Global Amnesia is a fascinating condition that demonstrates the complexities of the brain and our limited understanding of what is the organ of the human body that we understand the least. The brain is the last frontier of medicine.

Frederick (Fritz) Strobl, MD is a neurologist and a Director of the Minneapolis Clinic of Neurology, one of the largest private clinics in the world devoted entirely to neurology. His Dr. Jack Stevens series of medical thrillers includes Presidential Migraines and Greek Flu. His next book, Cyber Death, is due to be released in April 2012. Contact Fritz at Fritz@FritzStrobl.net or visit www.fritzstrobl.net. 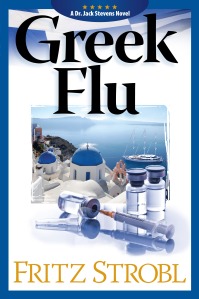 ← A Visit to Alpha Medical
Q and A: What Are The Toxic Effects of a Poisonous Octopus Bite? →