RSS
← Q & A: Can the Bruise Patterns on My Victim Be Matched to the Attacker’s Hands?
DNA Mist Can Track Robbers →

We see it on TV all the time; cops swab dried patches of blood or roll a cotton bud inside a suspect’s cheek, pop the specimens into a test tube, shake them up and within hours they’ve matched DNA to missing people and/or murder suspects, and cases are closed in time for evening drinks. Unfortunately for victims and cops, forensic science isn’t that easy or fast in real life. Technology, knowledge and skills are evolving rapidly but the gap between fictional and factual CSI abilities still exists, and in some countries the gap is bigger than others. 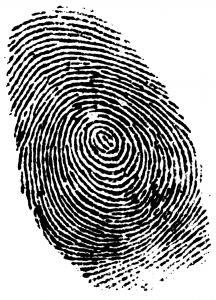 In South Africa, for instance, the gap is more like a chasm. It’s an open secret that the state of the country’s (two) forensic laboratories are appalling. Equipment is out of date and in disrepair, there are chronic staff shortages and what staff there are lack the skills and knowledge to operate functioning equipment properly. Administration is just as bad, with valuable evidence being lost, contaminated or stored and forgotten for so long and in such bad conditions that samples are no longer viable. Backlogs can be measured in months and in some cases years.

There is some good news on the horizon, however, on 12 October the Ministry of Police released a statement to the effect that the backlog is slowly being whittled away and that we have a turnaround strategy to thank for more efficient prosecutions and more accurate convictions. The strategy involves upgrading equipment, developing skills and addressing staff shortages.

According to the statement, overall there was a 19 per cent decrease in the backlog of cases handled by the South African Forensic Science Laboratories (FSL) for the year 1 April 2009 to 31 March 2010. When going into specifics it was revealed that the backlog in ballistics had decreased by 39 per cent, in biology investigation by 33 per cent, and in questioned documents by 21 per cent.

This turnaround, which can be attributed to a joint effort by the South African Police Service (SAPS) and a number of international experts, may seem like a drop in the ocean, but for rape victims who have been waiting for years to see justice, the drop is a godsend.

When looking at recent developments, though, it seems like a matter of one step forward two steps back. On 22 October, West Cape News reported on a brand new DNA machine capable of matching a suspect’s DNA with samples on a database within four short hours. The machine would make little difference to South African forensic investigators, however, as the country has yet to establish a fully functioning DNA database. There is a database of sorts, but it has samples from just over 100 000 convicted offenders, as opposed to the millions in the UK and US.

One of the key problems here is the lack of legislation allowing for the creation of such a database. A bill (Criminal Law Amendment Bill (DNA Bill)) was actually drafted two years ago, but it is still under review.

There are also other problems that need to be overcome if South Africa’s forensic backlog is to become a thing of the past. Staff need proper training and that starts with education. There are currently very few tertiary opportunities to study forensics, let alone specialise in certain areas. Most experts are self-taught, and because there are not enough experts to learn from many mistaken assumptions go unquestioned. Basic education of police officers is short on the ground, as many trample important forensic evidence before the experts arrive on the scene. Proper care is also not always taken when cataloguing and preserving evidence.

This is why the turnaround strategy, of which the Ministry of Police is so proud, is so important. Upgrading equipment and facilities is well and good, but skills need to be developed in order to put them to good use.

Jade Scully is a copywriter, blogger and online marketing enthusiast who has published her work on a series of online publications and websites including Africadventure, Entertain SA, Technifrique, The Greenery, Youdidit, Firstpage as well as  Leeulekker who provide a range of medical health resources for Southern Africans.

← Q & A: Can the Bruise Patterns on My Victim Be Matched to the Attacker’s Hands?
DNA Mist Can Track Robbers →