RSS
← Lee Goldberg’s Movie and Bouchercon 2010
Q & A: Can the Bruise Patterns on My Victim Be Matched to the Attacker’s Hands? →

Here’s a hint: if you plan to run for parliament, don’t steal someone’s ID. Apparently David Garrett didn’t get the message. Apparently he needed to clean up his past record and therefore decided he would become someone else. In 1984 he visited a cemetery and found the grave of a child who had been born around the same time as him. He took the child’s name, obtained a birth certificate, and from there was able to reinvent himself complete with passports and a seat in the New Zealand Parliament. Recently however, his chickens came home to roost and his deceit was uncovered. 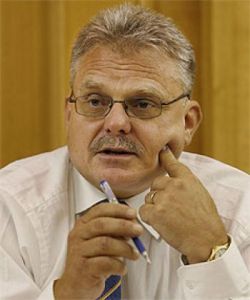 Writers often use false identity in their stories. There are many ways to accomplish this but visiting an old graveyard to find a dead child is one of the most common methods. It’s not as difficult as it might sound. A child that has been dead for several decades is usually not on any of the governmental roles. If the name and city can be uncovered by sniffing around graveyards, it is a small step to obtain a birth certificate. Often the child’s death and birth are not filed together and therefore no one is the wiser. People need to obtain copies of their birth certificates all the time in this service is readily available. Once a birth certificate is in hand the sky is the limit for building a new persona.

11-1-10: Today I’ve received a couple of comments regarding this post from apparent defenders of Mr. Garrett. The IP address for two of them suggests that they are associated with the Parliament in NZ so the possibility that they are political buddies of Mr. Garrett looms large. The issue was that, according to them, I should not have said that by stealing a dead baby’s ID Mr. Garrett was trying to hide a shady past when indeed he wasn’t. I don’t know what his motives were but from the articles I read he apparently did steal a dead baby’s ID, he did pay a 2002 fine for assault, he did mislead a court about his criminal record in  2005, and he did resign from parliament. So maybe the passport deal wasn’t to hide a “shady past” but the misleading a judge just might have been. Apples and apples. Lying about your past to gain or hold a seat in government is still lying about your past.

And I’m still trying to come up with an innocent reason for needing a fake passport. Any ideas?

My intention with this post was to show fiction writers how one of their characters might change his/her identity. I don’t know Mr. Garrett and in fact had never heard of him until I saw the newspaper article on his having stolen a dead baby’s ID. I in no way meant to harm Mr. Garrett anymore than he already has done himself. Had that been my intention I might have linked this article to Mr. Garrett’s Wikipedia page. But his other “achievements” weren’t germane to the post.

Of course you can’t always trust Wikipedia but then again there is that smoke and fire deal.

← Lee Goldberg’s Movie and Bouchercon 2010
Q & A: Can the Bruise Patterns on My Victim Be Matched to the Attacker’s Hands? →