On This Day in Criminal History: Charles Whitman

I do not quite understand what it is that compels me to type this letter. Perhaps it is to leave some vague reason for the actions I have recently performed. I do not really understand myself these days. I am supposed to be an average reasonable and intelligent young man. However, lately (I cannot recall when it started) I have been a victim of many unusual and irrational thoughts.

So wrote Charles Whitman shortly before he walked into the annals of criminal history. 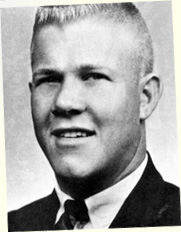 The year was 1966. It was a clean, clear summer day in Austin, TX when ex-Marine Charles Joseph Whitman dragged a heavy footlocker to the 28th Floor Observation Deck of the tower on the campus at the University of Texas. Earlier, just after midnight, he had stabbed his mother to death at her home and then in the early morning hours did the same to his sleeping wife. He then headed to the UT campus. 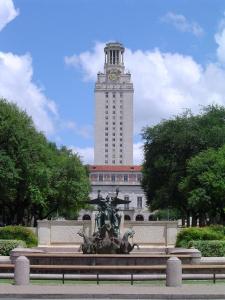 Whitman fired his first shot at 11:48 a.m. Shooting at any target in sight, he killed 14 and wound another 32 from his perch on the 300-foot tower. Besides his amazingly accurate sniping, he exchanged gunfire with locals for what seemed an eternity before Austin PD officers Ramiro Martinez and Houston McCoy made their way to the observation deck. Confronting Whitman, Martinez emptied his .38 caliber revolver and McCoy fired two loads of 00 buckshot into Whitman, ending one of the largest and most famous episodes of mass murder in US history.

In an earlier post, I discussed the differences among mass, spree, and serial killers. Whitman is the classic mass murderer. As I said then, most mass killers have a grudge or a deep seated anger against society or some group or organization. Whitman had such issues but his story has an odd twist.

His autopsy, which he requested be done in the letters and notes he left behind, revealed that he had a glioblastoma, a nasty and malignant brain tumor. Did Whitman sense something was wrong within? His notes would suggest so.

The debate over what pushed Charles Whitman off the mental rails remains until today. Did his court martial from the Marines provoke his anger? Did the amphetamines he reputedly used cause his angry and apparently psychotic behavior? Did his brain tumor turn him into Mr. Hyde?

The brain is a complex and poorly understood organ. Tumors in or near the brain can cause a multitude of problems, such as paralysis, blindness, the inability to speak or understand speech, loss of memory, seizures, confusion, disorientation, and altered behavior, which can be aggressive, delusional, and even psychotic. The defect produced by a tumor depends upon what area of the brain is damaged or placed under pressure by the growing malignancy. For example, a tumor that involves the occipital area (the back of the brain), where the visual cortex resides, can lead to blindness. One that effects what is known as Broca’s area–the speech area–can lead to the inability to speak intelligibly or to understand the spoken word.

The glioblastoma found in Whitman’s brain sat in the base of the brain in an area known as the hypothalmus. The amygdala lies nearby. This is important since the amygdala, which is part of the larger limbic system, is involved in emotional modulation and reaction. Damage to the is area can easily cause emotional and behavioral alterations. Whitman’s tumor was small, but it remains possible that it, at least partially, accounted for his dramatic change in behavior.

We will never know the real reason Whitman went on his rampage, but we will remember his actions forever.

Posted by D.P. Lyle, MD on August 1, 2009 in Interesting Cases, Multiple Murderers, On This Day