Motivational speaker Jeffrey Locker was found in his car in East Harlem, his hands bound behind his back, a cord around his neck tied to the headrest, multiple stab wounds to his chest. This was around 11:30 a.m., July 16th. Witnesses said they had seen him earlier, around 3 a.m., in the Wagner Deli, where he bought a bottle of water and condoms. He had apparently called his wife earlier, telling her he had a flat tire and would be home late. He never made it. 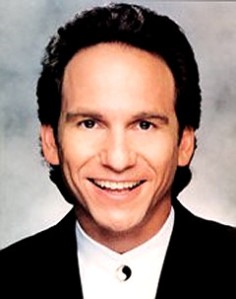 The autopsy was apparently done yesterday and no official report has been released, but some sources say that the stab wounds damaged his lungs, heart, and aorta–each potentially deadly.

The twists in this case are that he might have been there before, visiting a prostitute in a nearby project–not proven, just under investigation—and that he was in some way involved in the Lou Pearlman ponzi scheme and was in significant financial difficulty.

Though on first blush this looks like another man-visits-prostitute-and-gets-murdered story, the possibilities are intriguing. Maybe it was simply a robbery? Maybe it was a drug deal gone sideways? Maybe it was an angry creditor who set him up and killed him? Maybe it was…well…come up with your own scenario. This will be an interesting case to follow.